Skip to content
A “solitary supper… and a glass of Hungary wine”: American Impressions of Central Europe in the Early Nineteenth Century 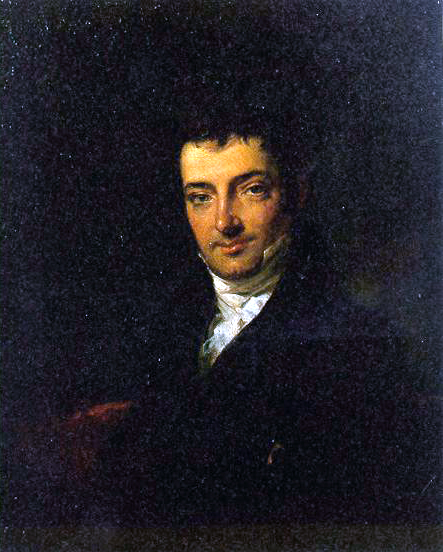 A “solitary supper… and a glass of Hungary wine”: American Impressions of Central Europe in the Early Nineteenth Century

In mid-November of 1822, Washington Irving sat down to “a solitary supper… and a glass of Hungary wine” in Vienna.[1] Irving—America’s first bestselling author of international fame—traversed much of Central Europe in the early 1820s, and he’s a good reminder that early Americans explored Europe beyond the better known destinations of Britain, France, and Italy.

As Jonathan Singerton has made clear in his blog posts on this website, Americans showed an interest in and traversed Central Europe from the founding of the United States onward.[2] I now want to build on his contributions by briefly sketching Washington Irving’s experience in the region—in two major Central European capital cities, Vienna and Dresden—and then juxtapose Irving’s reactions with those of Duncan Farrar Kenner (the scion of an elite Louisiana planter family who would make a name for himself as a Confederate politician) to these very same towns a decade later. Significantly, these two Americans—who both belonged to the very elite strata of American society that could afford European sojourns in the early nineteenth century—recorded their journeys and impressions of these continental cities before the very first American guidebook, titled The Tourist in Europe by Charles Palmer Putnam, had even appeared in 1838. In it, Putnam told would-be American travelers that the southern and eastern German and the Habsburg lands were just a tad out of reach. As he noted, “I am not a little puzzled in choosing my route through Germany. The most attractive is that through the Tyrol to Bavaria, Munich, Prague, and Dresden; but it is a long tour, and little travelled.”[3] His guidebook contained a brief overview of this route, but in the end, he did not choose it and only made it as far east as the Saxon merchant town of Leipzig, never even entering the Habsburg realms.[4] If only Putnam had consulted Irving and Kenner!

Generally regarded as America’s first man of letters, Irving, newly famous after the publication of his Sketch Book, spent early 1822 traveling from England through France and then on to Germany and Austria. Once there, he wondered whether he should spend the winter months, and thus the high social season, in the Austrian capital of Vienna or the Saxon capital of Dresden—both places attracted expats, especially British travelers, and held possibilities for potential residence. In the end, Irving decided on the latter, telling his sister that he was going to spend the winter in Dresden, because it was “a place of taste, intellect, and literary feeling, and it is the best place to acquire the German language, which is nowhere as purely spoken as in Saxony.”[5] (As a Saxon, I love that last part. How times have changed…) In truth, Irving had been quite lonely in Vienna, remaining a social outsider during his one month there. For entertainment, he had had to restrict himself to endless rounds of sightseeing, going so far as to enumerate every painting in the various art galleries he visited in his journal.[6] As he explained to his sister, “This is one of the most perplexing cities that I was ever in. It is extensive, irregular, crowded, dusty, dissipated, magnificent, and to me disagreeable.”[7] Irving could not break into Viennese society, a fact perfectly encapsulated in his sitting down to a “solitary supper,” only enlivened by some Hungarian wine.

Dresden, however, was a different matter. Irving was to become the first American resident in the city, arriving in late November 1822 and departing in mid-July 1823 for Paris. In Dresden, he did study the German language and ostensibly worked on his next book, but in reality, he found easy companionship among the English residents also wintering there and enjoyed a busy social life. To his brother, he wrote:

I have been passing a very agreeable, a very idle, but I trust after all, a very profitable winter in Dresden; for though I have done nothing with my pen, and have been tossed about on the stream of society, yet I console myself with the idea that I have lived into a great deal of amusing and characteristic information; which, after all, is perhaps the best way of studying the world. I have been most hospitably received and even caressed in this little capital, and have experienced nothing but the most marked kindness from the king downward.[8]

Smaller than Vienna, more compact, yet also steeped in the arts, Dresden proved the perfect Central European city for Irving, who easily broke into local high society and enjoyed a delightful social season there.

Yet not all early Americans felt that way about the Saxon vs. the Austrian capital. A wealthy young student at the time, Duncan Farrar Kenner, traveled through Central Europe ten years after Irving, and he stayed in Vienna to improve his German-language skills there. When he then pushed on to Dresden, he remarked that, “I am afraid that Vienna has spoiled me, in comparison Dresden appears so dead & sad, there appears to be no movement in the streets, and I am assured that Berlin is still less gay that [sic] this place.”[9]

Vienna and Dresden thus traded places as to which one was the best city in Central Europe in the eyes of visiting Americans, depending on personal taste and access to respectable society. Kenner, for his part, had no problems accessing the highest Habsburg social circles, even securing an audience with Prince Metternich himself, an honor granted to him and his traveling companion “not so much for our being strangers as that we were Americans.”[10] Unlike Paris, the Central European cities were not inundated with Americans—only two others in addition to Kenner attended the U.S. consuls’ Fourth of July celebrations in 1834, for example—so Americans stood out as exotic, and therefore welcome, visitors. In consequence, Kenner loved Vienna, even going so far as to pronounce that “The Viennese have all the beauty of the English & the gayety, & the vivacity of the French.”[11] He did acknowledge that, along with Rome, Vienna was the “most morally corrupt” place “on earth,” and he often remarked on the ironclad control Metternich maintained over the Austrian population via an extensive network of police spies, but this in no way diminished his enjoying the city’s social and artistic offerings to their fullest.[12]

These brief overviews serve as a reminder that Vienna and Dresden increasingly figured into American travel itineraries before the first U.S. guidebook deeming them still out of reach had even been published, and before fully formalized diplomatic relations existed between the United States and the Central European powers.[13] Only looking at these sources might present a false picture of the eastern German and the Habsburg lands as unimportant to and untouched by Americans, but the examples of Washington Irving and Duncan Farrar Kenner illustrate that early Americans traversed Central Europe regularly, and that these travels inspired them to evaluate each of the Central European domains according to individual tastes. Appeal of one over the other depended on social circumstances, but taken together, their impressions cumulatively fill in Americans’ mental map of Europe beyond the Rhine River in the early nineteenth century.

Nadine Zimmerli is the editor for history and social sciences at the University of Virginia Press. She trained as a modern European historian at the University of Wisconsin-Madison, where she earned her Ph.D. in 2011. At present, she is completing a book manuscript tentatively titled “Cheaper than Paris: American Dresden before World War I.”

[10] Ibid., 94. This is noteworthy because Nicole Phelps writes that an American economic agent dispatched to Austria in the late 1830s failed in his mission because the agent “did not have access to the relevant high-ranking policymakers, including Prince Metternich” due to a lack of diplomatic credentials. Nicole Phelps, U.S.-Habsburg Relations from 1815 to the Paris Peace Conference: Sovereignty Transformed (London: Cambridge University Press, 2013), 44.

[13] The American government established a U.S. consulate in Dresden in 1837, and a formal diplomatic mission in Vienna in 1838. See Phelps, 44.