BIAAS’s Board of Advisors represent leaders in the fields of law, finance, education, engineering, cultural affairs, politics, economics, and medicine.

BIAAS Board of Advisors 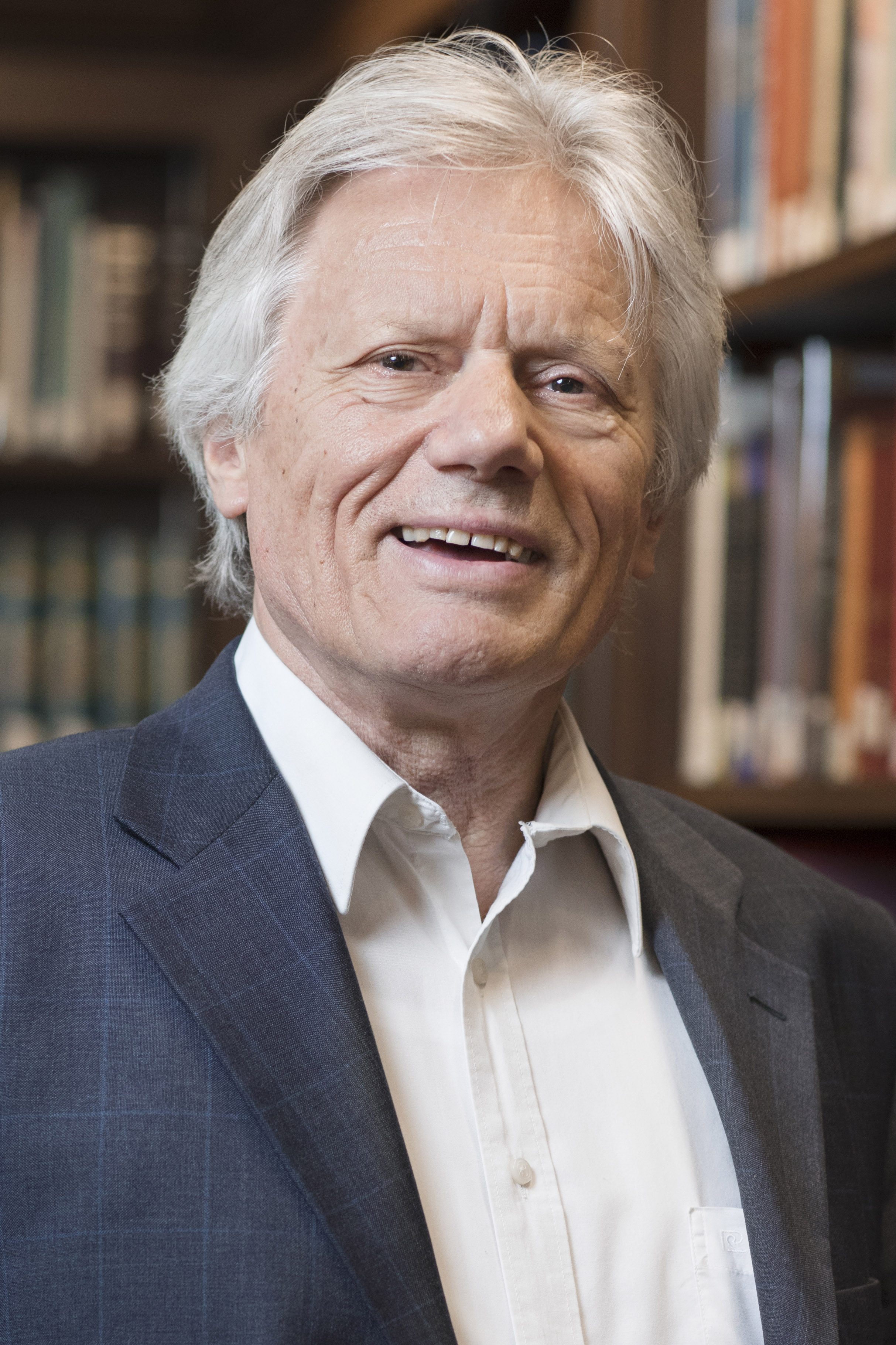 Siegfried Beer, Chairman of the Board, is professor for late modern and contemporary history (ret.) at the University of Graz. In 2004 he founded the Austrian Center for Intelligence, Propaganda and Security Studies (ACIPSS) whose semi-annual Journal for Intelligence, Propaganda and Security Studies (JIPSS) he edited until 2018. He has held guest professorships at Columbia University (2007), Harvard University (1996/7) and at the University of Minnesota, Minneapolis (1992). His main areas of teaching and research are international relations, Anglo-American cultures and intelligence history in the 19th and 20th centuries. Among his major publications are: Der “unmoralische” Anschluss (1988); Der Krieg aus der Luft(1992); Die britische Steiermark 1945-1955 (1995) and Public Power in Europe (2006). He also serves on several national and international commissions. Email: Siegfried.beer@uni-graz.at

Guenter Bischof holds a PhD from Harvard University and is the Marshall Plan Chair and Director of Center Austria: The Austrian Marshall Plan Center for European Studies at the University of New Orleans. He has taught contemporary American and European history at UNO since 1989. Dr. Bischof has also served as a guest professor at the Universities of Munich, Salzburg, Innsbruck, Vienna, and the Universities of Economics and Business Administration both in Vienna and Prague, Hebrew University of Jerusalem, and the RGGU in Moscow, as well as a “post-Katrina visiting professor” at Louisiana State University in Baton Rouge. As director of Center Austria, he has been involved in bringing hundreds of students across the Atlantic in both directions, along with dozens of faculty members. Bischof directs the Center’s annual conferences, lectures, workshops, and art exhibits, all related to Austrian scholarship and culture. With Hans Petschar, he co-authored The Marshall Plan Since 1947: Saving Europe, Rebuilding Austria (both English and German editions 2017), and with Hannes Richter, Towards the American Century: Austrians in the United States (2019); his essays on U.S.-Austrian relations are published in Beziehungsgeschichten/Relationships: Austria and the United States in the Twentieth Century (2014). Bischof is co-editor of the publication series Contemporary Austrian Studies (28 volumes), and editor of TRANSATLANTICA (11 volumes) and Studies in Austrian History, Literature and Culture (3 volumes). Email: guenterjbischof@gmail.com 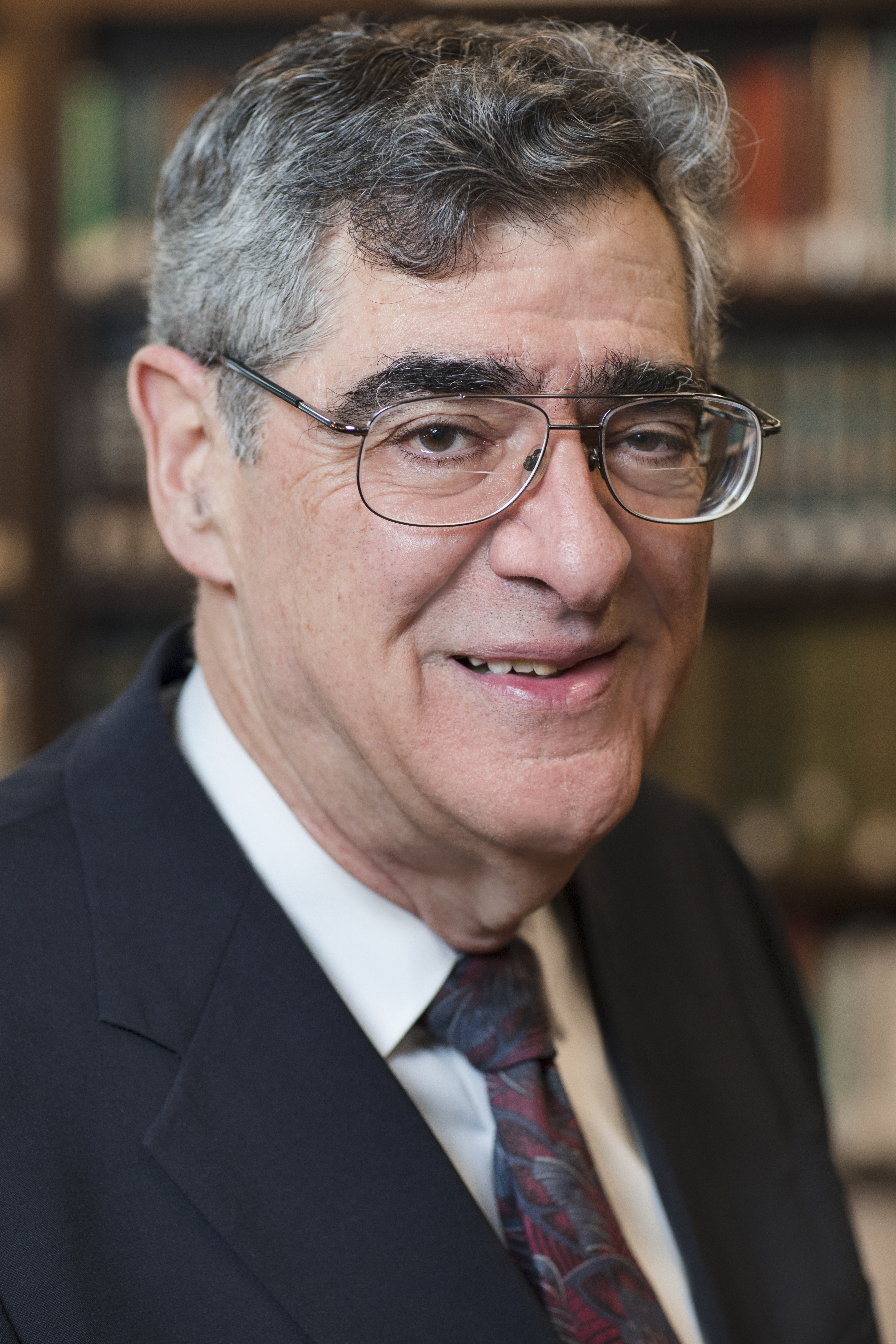 Gary B. Cohen is Professor Emeritus of History at the University of Minnesota, Twin Cities. He served from 2001 through 2010 as director of the Minnesota Center for Austrian Studies and from 2001 to 2013 as Executive Editor of The Austrian History Yearbook. He was educated at the University of Southern California (B.A., 1970) and Princeton University (M.A., 1972; PhD., 1975). His publications include two monographs, The Politics of Ethnic Survival: Germans in Prague, 1861-1914 (Princeton University Press, 1981; rev. second ed., Purdue University Press, 2006; Czech translation, Karolinum – The Charles University Press, 2000) and Education and Middle-Class Society in Imperial Austria, 1848-1918 (Purdue University Press, 1996); five edited books, articles in The Journal of Modern History, Central European History, The Austrian History Yearbook, The East European Quarterly, Jewish History, and The Social Science Quarterly; and numerous book chapters. He is a Corresponding Member of the Austrian Academy of Sciences and a member of the Collegium Carolinum in Munich. The Republic of Austria has honored him with its Cross of Honor for Science and Arts, first class; and the Czech Academy of Sciences has awarded him its František Palacký Honorary Medal for Merit in Historical Sciences. Email: gcohen@umn.edu 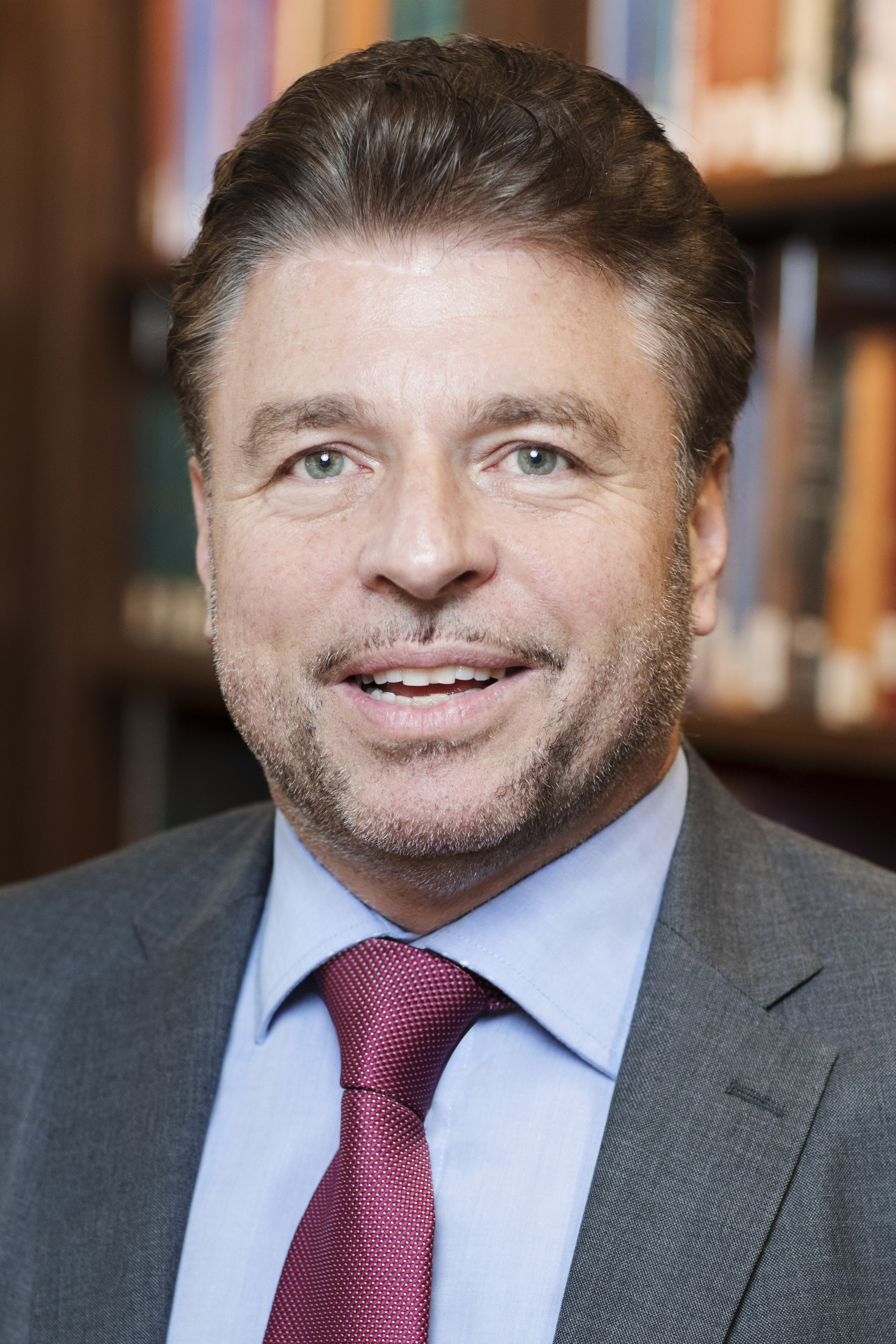 Reinhard Heinisch is Professor of Austrian Politics in Comparative Perspective and chair of the Department of Political Science and Sociology at the University of Salzburg, Austria. Receiving his degrees from the Universities of Vienna (BA 1986), Virginia Tech (MA 1989), and Michigan State (PhD 1994), he subsequently served as Professor of Political Science and director of International Studies with the University of Pittsburgh at Johnstown (1994-2009) and the University of Pittsburgh, Center of European Studies (1994-2009), where he continues to be an affiliated faculty member. His main research interests are centered on comparative populism, Euroscepticism, political parties, the radical right and democracy. His research has appeared in leading journals such as Party Politics, West European Politics, Democratization, Representation, Comparative European Politics, as well as Politics and Religion among many others. His latest book publication, an edited volume, is titled The People and the Nation: Populism and Ethno-Territorial Politics in Europe (Routledge 2019). In 2019, he was part of a team of researchers securing a large European Union project grant for the study of populism and counterstrategies. Reinhard Heinisch has lectured extensively internationally, including in China, where he regularly teaches at Renmin University of China in Beijing. He is also the director of the National Working Group on Democracy by the Austrian Research Association and past president of the Austrian Political Science Association. In 2017, he was awarded by the Austrian parliament the Austrian Science Prize by the Lupac Foundation for his research on democracy. 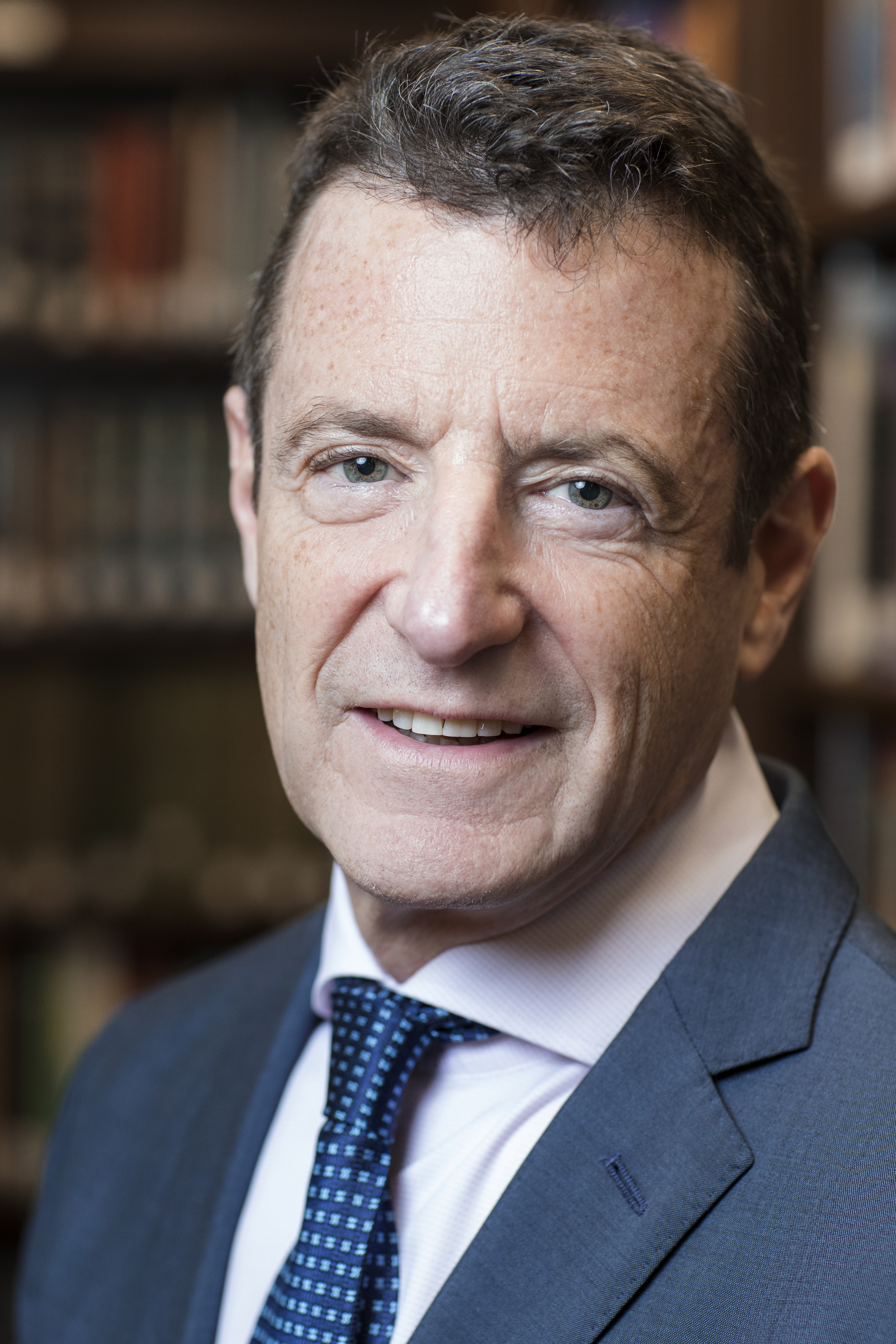 Pieter M. Judson is professor of History at the European University Institute in Florence, Italy. He is the author or editor of four books and several articles and chapters dealing with the history of liberalism, of nationalism, of Empire, and of gender in the Habsburg Monarchy and Central Europe in the nineteenth and twentieth centuries. From 2006-2016 he served as editor of the Austrian History Yearbook. Judson’s books Exclusive Revolutionaries. Liberal Politics Social Experience and National Identity in the Austria Empire (University of Michigan Press 1996) and  Guardians of the Nation: Activists on the Language Frontiers of Imperial Austria (Harvard University Press, 2006) won several prizes in Europe and the United States. His most recent book, The Habsburg Empire. A New History (Harvard University Press 2016) is currently being translated into eleven languages in Europe and Asia. He is currently co-editing the Cambridge History of the Habsburg Monarchy, Volume 2. Email: Pieter.judson@EUI.eu 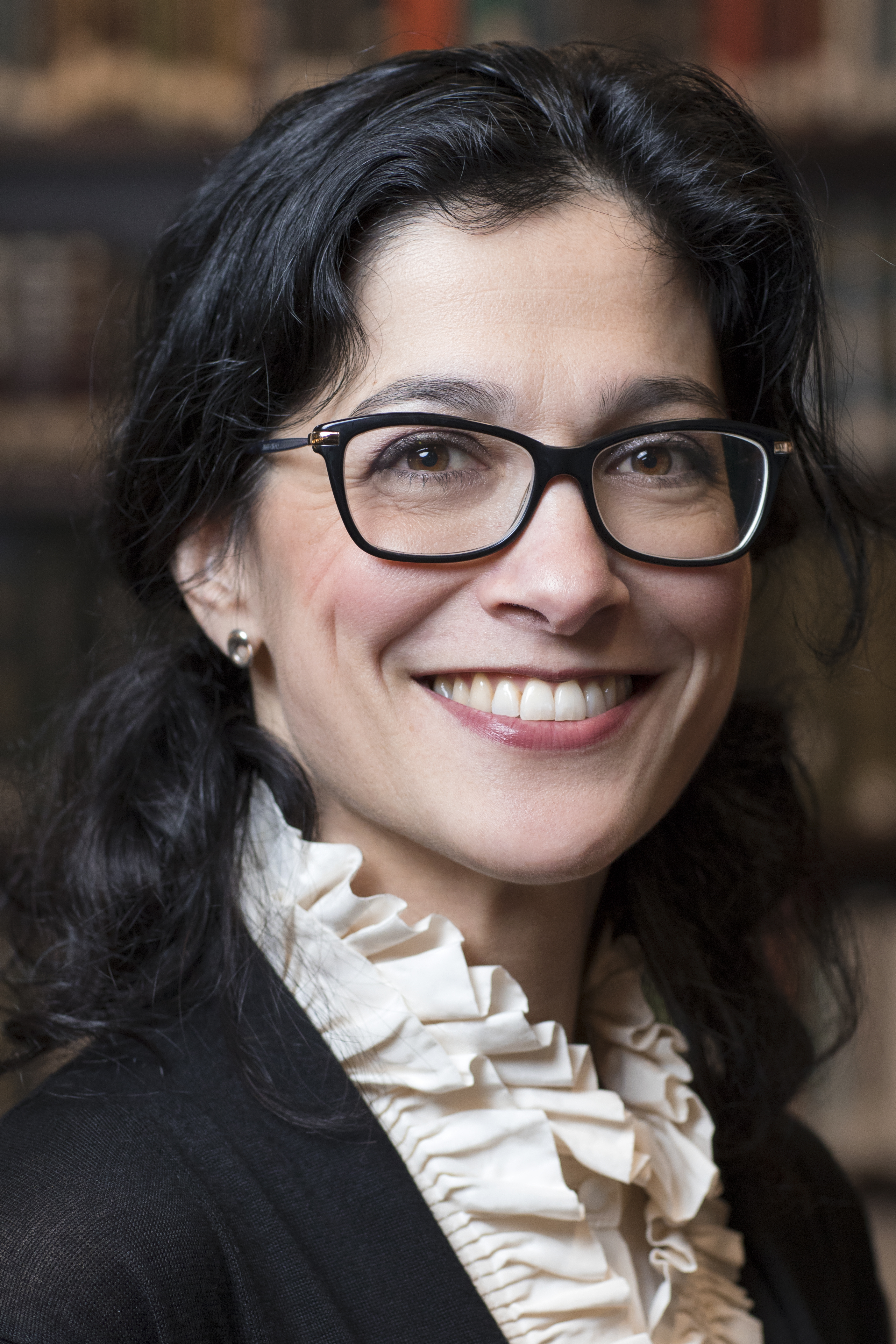 Fatima Naqvi is Professor in the Department of Germanic Languages and Literatures at Yale University. She received her B.A. from Dartmouth College in 1993 and her Ph.D. from Harvard University in 2000. From 2000-2019, she taught at Rutgers University. She is on the board of the ICI Berlin. Dr. Naqvi’s research interests include the intersection of architecture and literature; the theorization of interdisciplinarity; ecological films; Austrian authors and filmmakers of the 20th and 21st centuries; affect studies. She has published The Literary and Cultural Rhetoric of Victimhood: Western Europe 1970-2005 (New York: Palgrave, 2007), Trügerische Vertrautheit: Filme von Michael Haneke/Deceptive Familiarity: Films by Michael Haneke (Vienna: Synema Verlag, 2010), and How We Learn Where We Live: Thomas Bernhard, Architecture, and Bildung (Northwestern University Press, 2016). Her book on Michael Haneke’s film The White Ribbon (2009) will appear in 2020, as will her co-edited volume (with Roy Grundmann and Colin Root) of Haneke interviews.

Nicole Phelps is Associate Professor of History at the University of Vermont. She received her BA summa cum laude in from The Elliott School of International Affairs at The George Washington University and her MA and PhD in American and European history from the University of Minnesota. She is the author of U.S.-Habsburg Relations from 1815 to the Paris Peace Conference (Cambridge, 2013; paperback in 2015). The dissertation on which the book was based won the Austrian Cultural Forum Dissertation Prize and the University of Minnesota’s Best Dissertation Prize in the Arts in Humanities; it also received an honorable mention for the Unterberger Dissertation Prize from the Society for Historians of American Foreign Relations (SHAFR). As a graduate student, she served for several years as the assistant editor of the Austrian History Yearbook, and she is now on the editorial board for the Journal of Austrian-American Studies, Contemporary Austrian Studies, and Diplomatic History. Her current research project is a study of the US Consular Service from 1789 to 1924. Email: nphelps@uvm.edu 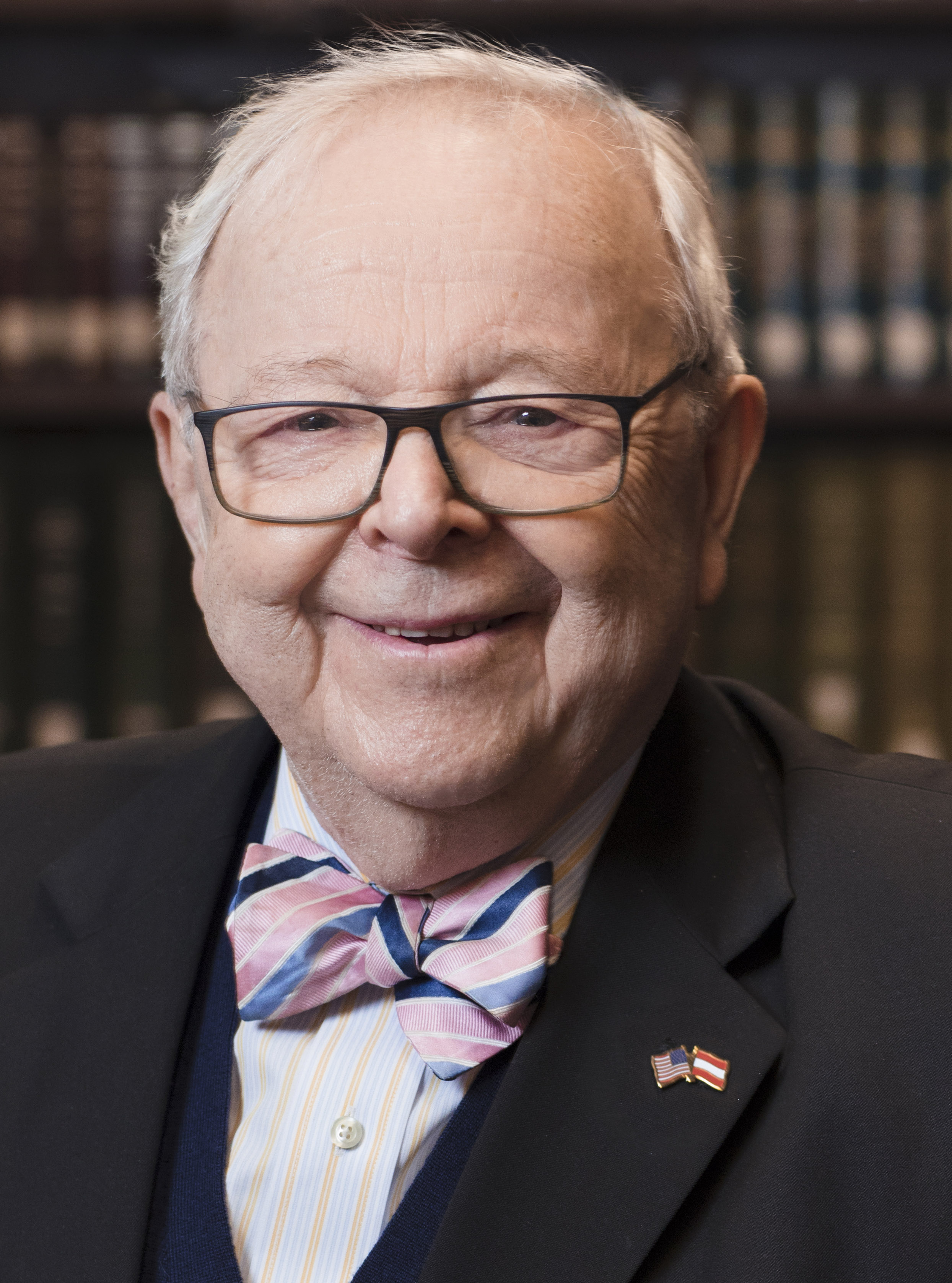 Harry Carl Schaub is Consul General a.D. of Austria in Philadelphia. He was a partner for 37 years with the Philadelphia law firm Montgomery, McCracken, Walker & Rhoads, LLP, where he now serves as Of Counsel. During his legal career, he has represented foreign investors for business and immigration purposes; non-profit organizations, both educational and charitable; investment companies and other issuers of securities under federal and state securities acts; and ski and other leisure resorts. Mr. Schaub has a B.A. from the University of Pennsylvania, College of Arts and Sciences, Phi Beta Kappa and Pi Gamma honor societies, and a Juris Doctor from Yale Law School. His publications include: “General Lahousen and the Abwehr Resistance” in 19 International Journal of Intelligence and Counter-Intelligence 538-558 (Fall 2006). In May 2011, Holy Family University awarded Dr. Schaub the degree of Doctor of Humane Letters, honoris causa. His German publisher (Böhlau-Verlag) has scheduled the publication and release of the German Edition of his book-length biography of General Lahousen at the Frankfurt Book Fair in mid-October 2015. Email: hschaub@mmwr.com

Lawrence Dunham served as U.S. Assistant Chief of Protocol from 1989 until 2005, where he oversaw the State Department’s relations with foreign embassies in Washington, and foreign government offices throughout the United States. Prior to joining the Protocol Office in 1983, he was an attorney with the U.S. Customs Service. He now consults for government and private sector clients and serves as an adjunct faculty member at the George Washington University. Larry is a member of the board of directors of the International Student House in Washington, the advisory board of THIS for Diplomats, which serves the diplomatic community in Washington, D.C., and the U.S. board of directors of Nyumbani in Kenya, an organization which provides assistance to children and families affected by HIV. He is a graduate of the Catholic University of America and the George Mason University School of Law. Email: LPDunham@theprotocolpartners.com

For e-mail updates about the Institute and upcoming events, enter your name and e-mail.
Page load link
Go to Top