Skip to content
John Adams and the Habsburg Monarchy 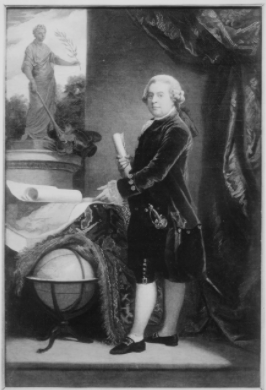 John Adams and the Habsburg Monarchy

The Habsburg Monarchy had many men who understood the complexity of the early American situation. Foremost among them, Count Karl von Zinzendorf had studied the American colonial economy, had met with Benjamin Franklin in London before the war, and had read the histories of America as well as the revolutionary pamphlets of Thomas Paine and Samuel Adams. If the United States of America needed a parallel to Zinzendorf’s knowledge, they would have found it in John Adams.

John Adams understood the Habsburg Monarchy more than any other American revolutionary. Franklin had Jan Ingenhousz as his man in Vienna, but Adams had his books. From the histories of the Holy Roman Empire and his jurisprudential studies of its myriad laws, Adams gained an insight into the structure, power, and grandeur of the Habsburg monarchs. He learned of Holy Roman Emperor Charles V chiefly from the biography by the Scottish historian William Robertson.[1] His studies left him with a marred impression of the Habsburg dynasty, however. From such accounts they came across as a line of thugs. In the first of his Novanglus letters, Adams sought examples from European history on the rights of people. He became convinced of the corruptible nature of absolutist monarchies, paraphrasing the words of the English radical Algernon Sidney, Adams quoted “in absolute monarchies, almost all the troubles that arise proceed from malice; they cannot be reformed.”[2] The history of the Habsburg house bore this out. Charles V appeared in the first Novanglus letter along with a list of other tyrannical rulers who were adept at “enslaving their country, and building their own greatness on its ruins.”[3] In his Defence of the Constitutions, Adams referred to the same character as an aggressor against the republican Florentines.[4] When Adams became frustrated with lethargic congressional proceedings, one of his favourite insults was to compare their pace to “the Princes in Germany at the Choice of an Emperor.”[5]

The American Revolution changed Adams’s outlook on the Habsburg Monarchy, however. Firstly, Adams actually travelled in the lands of the Habsburgs. In 1780, on route to Amsterdam in search of cheap loans for the patriots, Adams passed through the Austrian Netherlands with two of his sons John Quincy Adams and Charles Adams. Glimpsing the landscape from the carriage window along the postal road to Brussels, Adams exclaimed how it was “the finest Country, I have any where seen.”[6] The countryside appeased the farmer side of Adams, but the city provoked his staunch New Englandness. At Brussels, the trio attended a mass “in Flemish” at the Catholic Cathedral of St. Michael and St. Gudula, where Adams recorded his scorn for an “insufferable piece of pious villainy” in the form of an anti-Semitic tapestry and the “Knavery of the Priesthood and the brutal Ignorance of the People” who worshipped there.[7] Away from the incense, Adams began to learn about the region he and his sons called home for a week. Ostend, the major port of the Austrian Netherlands, had grown rich off of the neutral carrying trade during the war. The town’s population had exploded three times its original size as the old walls had to be pulled down. Adams was both impressed and curious about such a trade.[8] He learned from the “agreeable Circle of Americans” in Brussels—mainly merchants—that great profits were to be made from the port.[9]

The economic prospects of the Habsburg Monarchy coloured Adams’s new perspective. It was not only Ostend which Adams saw as the hopeful site of future trade. François Baraux—a merchant originally from Antwerp who had relocated to Trieste, the other major port of the Habsburg Monarchy—propositioned Adams directly on behalf of the Imperial Privileged Trading Company of Trieste. He requested Adams send “an extensive list of the best Merchants in the different towns of America” to act as potential trading partners for the company.[10] In his reply, Adams spelled out his belief in “a considerable Trade” between the United States and “the Interior of the Austrian Dominions.” Adams not only complied with Baraux’s request but likewise requested a list of which commodities Americans could best export to the Habsburg Monarchy—Baraux, content with his demand satisfied, left Adams’s call unanswered.[11]

In 1783, following the conclusion of the Peace of Paris, Adams’s first private encounter with the Habsburg ambassador in Paris, Count Florimond Claude Mercy-d’Argenteau, sealed his new convictions. On the evening of 3rd July 1783, Adams sat at his desk drafting his latest report to Congress when his servant interrupted him with the arrival of a guest. Mercy came ostensibly to congratulate Adams on the conclusion of the treaty. Instead the pair quickly “fell into a Conversation of an hour” and ran “over a variety of Subjects” including the “Great disposition in Germany to migration to America” but also “turned upon the sober, frugal & industrious Character of the Germans, the best Cultivators in Europe”—Adams, always a farmer; Mercy, an estate owner. One subject occupied most of the conversation; potential trade, which, as Adams noted in his report to Congress on the meeting, “might take place between the United-States and Germany by the way of Trieste & Fyume [Fiume], and the Austrian Netherlands.” Mercy, Adams noted, was very knowledgeable about Trieste and impressed the New Englander with the “extensive & a very rich Country, which communicates with that maritime City, & that the navigation of the Adriatic Sea.” The amicable session ended with Mercy inviting Adams to a future dinner and Adams bewildered by his newfound friendship. He got back to his report, where the last line he had written talked of “a Treaty of Commerce with Great-Britain.” Adams, however, turned his mind to securing one with the Habsburgs instead.[12]

Ten days later, on Sunday, July 13, 1783, Adams wrote the first of two memorandums on his ideas and impressions about such an opportunity with the Habsburgs. Adams outlined five reasons why the trade would be so advantageous; they ranged from the Emperor’s position “at the head of one the greatest Interests and most powerful Connections in Europe” to his personal character to “not inconsiderable Sources of Commerce for America.” Moreover, Adams saw a useful counterweight in the Habsburg Monarchy to other European powers, especially France which he feared America was becoming too overly dependent upon. “We may find in the Alliance of Austria,” he argued, “a resource against the Storm.”[13] Adams’s boldest arguments lay in his belief about the future of the Habsburg Monarchy. He read the news about Joseph’s alliance with Russia’s Catherine II and their joint efforts to bring the Ottoman Empire to heel. If such a conquest could be made, Adams thought it would cause “a great Revolution” in Europe’s commerce for Habsburg and Russian traders would have unfettered access to the Mediterranean via the Danube and Black Sea.[14] If the United States were to benefit from such a prospect, Adams believed it necessary to take the step of securing a favourable relationship with the Habsburgs. From his new understandings of the Habsburg geopolitical situation, Adams found himself advocating the gamble of forging an alliance between the Habsburg Monarchy and United States of America.

Adams’s insistence for an American-Habsburg alliance fell on deaf ears and was ultimately undone by his friend Thomas Jefferson in the mid-1780s. Yet Adams’s position vis-à-vis the Habsburg Monarchy had evolved as a result of his time in Europe. In 1774, John Adams despaired about the character of the “young” Holy Roman Emperor Joseph II by stating, “it will be a wonder” if he does not make “Mischief” in Europe.[15] By the end of the War of American Independence, Adams, now changed by his experiences, referred to him as “one of the greatest men of this age” and actively encouraged the United States to part in such ‘mischief.’[16]

James Muldoon, John Adams and the Constitutional History of the Medieval British Empire (London: Palgrave Macmillan, 2017 America and Europe in the Political Thought of John Adams

[3] Letter I ‘Addressed to the Inhabitants of the Colony of Massachusetts Bay, January 23 1775, in John Adams and Jonathan Sewall, Novanglus and Massachusettensis (Boston, 1819), 11.