Skip to content
Imprisoned Germans, Half-mad Scots, and Bloodsucking Americans: The Habsburg Fears of Emigration to the United States 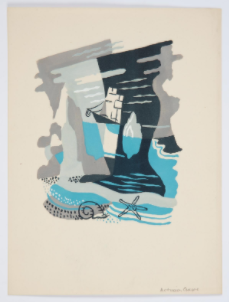 Imprisoned Germans, Half-mad Scots, and Bloodsucking Americans: The Habsburg Fears of Emigration to the United States

“One could call this era the start of a new mass migration,” declared the editors of the popular Provinzial Nachrichten (Provincial News) of Lower Austria in August 1783. There was good reason. The rest of the frontline article relayed the numerous reports from across Europe of the wave of emigrants heading to the new United States of America. From Ireland, where “130,000 people” uprooted themselves, to as far as Poland “the same amount are now migrating to America,” the newspaper reads. A description of such an exodus in the Habsburg Monarchy was conspicuously absent from the report, but it was present.

In the period before 1776, around 100,000 German-speakers had emigrated to British North America and among them were thousands of migrants from the central European lands of the Habsburg Monarchy.[1] During the War of American Independence, the Habsburg war ministry (Hiofkriegsrat) had been plagued by the constant trickle of deserters from their ranks who went to fight with the Hessians in North America.[2] Now, after the end of the war, the ‘era of mass migration’ seemed to rob them of even more able-bodied inhabitants and their families.

Discussion of emigration to America did not abate during this period. Throughout the American Revolution, books and pamphlets describing any aspect of migration—even allegorical voyages of Robinson Crusoe—were deemed too subversive by the Habsburg censors.[3] Yet the newspapers continued to report the desperate scenes across Europe, a sign perhaps of how the issue could not be ignored. In October 1784, readers of the Provinzial Nachrichten were told of the story of Nancy Gregson. Gregson was a “poor young girl from Aberdeen” but “of much beauty” who had followed an itinerant Scottish preacher to America. In Philadelphia, she married a merchant but returned to Scotland with his blessing in order to recruit more Scottish settlers for his land scheme. Thanks to Nancy’s charm, “all the pretty girls in Aberdeenschire [sic]” became “half-mad to go to America” and over fifty of them absconded there with Nancy without their family’s knowledge or agreement.[4] Stories like these reinforced the ease with which people could be led into migrating as well as the clandestine nature of transatlantic emigration. It was a stand-in for the examples from the Habsburg Monarchy discouraged by the censors.

The idea of emigrating to North America was common for many Habsburg inhabitants. Pamphlets detailing the bountiful American lifestyle circulated across the German lands and recruiters hired to populate new settlements took extreme measures to entice their prospective migrants into taking the journey.[5] Church frescoes conveyed a utopian American image.[6] Letters from relatives or former neighbours who had emigrated already told of the harsh realities of American society but still did not deter willing migrants who wished to join them.[7] People of all backgrounds partook in this dream. Benjamin Franklin’s close friend and American supporter Dr. Jan Ingenhousz who worked in Vienna as the court physician desired to emigrate to the “immense empire on the basis of Liberty and independence.”[8] In 1783, even a member of the Imperial Aulic Council (the Reichshofrat), one of the most powerful institutions within the Holy Roman Empire, petitioned Franklin for help in retiring to the United States since he knew the new nation needed “experienced and accomplished men” such as himself. His preference was for Georgia, either of the Carolinas, or even Virginia “if it were not too remote.”[9]

Successful migrants came from across the Habsburg lands. In Philadelphia, a number of Habsburg Jews became prominent members of early American society. Joseph Wolfgang Karpeles, for instance, arrived there in 1783 originally from Bohemia. He began his practice as a lawyer and by 1784 had earned a distinguished reputation representing some of the city’s elites.[10] Others such as the Demuth family came from Moravia and are from where former President George W. Bush descends.[11]

The rise of transatlantic emigration not only undermined state-sponsored schemes to populate the newly reconquered Hungarian and Banat provinces but also threatened to depopulate Habsburg provinces elsewhere. One government official perceived the danger more acutely than others. Antonio Songa, the Habsburg consul in London, witnessed first-hand the droves leaving for America before and after the Revolution. In his reports back to the foreign ministry (Staatskanzlei) in Vienna, he sounded the alarm. In February 1783, he argued how the issue of emigration was more pressing than ever as “Americans will try in every possible way to induce people from all the countries of Europe.” Songa foresaw how, post-Revolution, the United States would expand its industry and require an even greater skilled workforce. “[This] emigration which the independence of America may cause is perhaps the first point which Europe must endeavour to prevent,” he noted. The second point Songa observed had to do with the futility of ordinances and laws to prevent the emigration. “There are always ways to escape these laws,” he reminded his superiors. Instead, Songa suggested Habsburg officials should be braced to sacrifice their “lowest inferior workers” to the “American temptations.”[12]

Confirmation of Songa’s fears and predictions rang true following the arrival of the first Habsburg representative to the United States, Baron de Beelen-Bertholff. Within a year of his arrival in September 1783, Beelen observed the effects of American westward expansion. In November 1784, weeks after the Nancy Gregson tale had reached Vienna, Beelen reported back about the newest counties of North Carolina annexed from Cherokee lands. The soil there was rich, the rivers plentiful, and the air clean but the land sparsely populated. The solution of the landholders, Beelen reported with alarm, rested on recruiting migrants from the German heartlands. Several recruiters—known as Seelenverkäufer or ‘Soul sellers’—had already been sent and came back successful.[13] “It is my knowledge,” Beelen stated, “that seven emigrant subjects of Your Majesty the Emperor—natives of the environs of Ghent, Kortrijk, Brussels and further—have already arrived at Philadelphia since my sojourn in this country.”[14] In the same report, Beelen noted how a Teutonic Society had been set up explicitly to recruit German-speaking labourers and how Beelen himself had visited a ship holding many migrants imprisoned in squalid conditions.[15]

When Beelen’s report entered into the public domain through newspapers such as the Provinzial Nachrichten in 1785, the editors—likely sensitive to narratives about emigration and under pressure from censorship—omitted news of the Society and the recruiters, preferring instead to detail the horrid conditions that migration entailed.[16] Intended to warn, Beelen’s report ended up continuing the fearful trope of Americans as leeches on the European workforce. Taken together, the combined depictions of America in the reports of Nancy Gregson, Antonio Songa and Baron de Beelen reflected the Habsburg concerns and fears over emigration to the post-revolutionary United States of America.

Genealogist Miloslav Rechcígl on the ancestry of Barbara Bush and George W. Bush:

The Germans in America by the Library of Congress:

[12] Jonathan Singerton, Empires on the Edge – The Habsburg Monarchy and the American Revolution, PhD Thesis (University of Edinburgh, 2018), 203-206.

[13] For the term, see the interview with Dr. William O’Reilly https://botstiberbiaas.org/william-oreilly-interview/