Skip to content
The United States as ‘An Abode of Misery’: Maria von Born’s Life in the Early American Republic 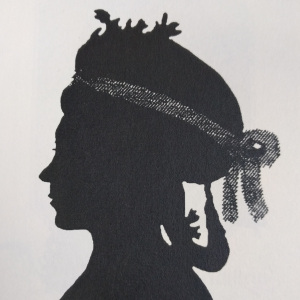 The United States as ‘An Abode of Misery’: Maria von Born’s Life in the Early American Republic

There was nothing ordinary about Maria von Born; from the very beginning she seemed destined to lead an extraordinary life. Her father was the most celebrated scientist and mineralogist in the Habsburg Monarchy, Ignaz von Born. Born in Prague, in the gilded Saxon House overlooking the gateway to gothic Charles Bridge, she grew up primarily in Vienna, near to Mozart.[1] A gifted linguist, she mastered French, English, Latin, and Italian alongside her native German tongue. Her family’s home on Vienna’s Kärtnerstrasse—today No. 19—became a Viennese nerve center for scholarly debate and enlightened thought. Aristocrats, courtiers, and the who’s who of Vienna mixed with reformers, scientists, and visitors from Mexico, Spain, Britain, France, Sweden, Germany, Russia, and elsewhere. Cosmopolitan is an understatement.

Austrian poets like Joseph Axlinger, Alois Blumauer, and Johann Pezzl—whom she nicknamed Zeperl—chased after her affections with their odes. Of all, Blumauer came the closest.[2]But not close enough. Her marriage to Count Tomo Bassegli of Dubrovnik—then the Republic of Ragusa—broke her suitors’ hearts but pleased her father’s ambitions greatly. Referring to his metallurgical studies, one poet reminded her in vain, “So still can separation come to all | As we know from your father with metals | The purest silver can still be cut.”[3] A scion of the illustrious Basiljevic dynasty, one of the most noble Ragusan merchant houses, Tomo fitted the bill better than anyone. His intelligence took him to study at Bern and Göttingen. He was a decent match for Maria, but Tomo’s family was not. Grieved by her lower status, an irreparable rift formed between her and her in-laws. This schism propelled Maria closer to an ‘Abode of Misery.’

In the early 1790s, despondent about her marriage, Maria fell—quite literary, thanks to a mistimed step—head over heels in love with a new man during a Viennese ball. Johann Jakob Ulrich Rivardi had just returned from serving the Russians during the bloody Siege of Ochakov against the Turks. A decorated but injured war veteran, Rivardi planned a new life in the prosperous United States. It was a common delusion for many in Central Europe that life could be easier and the career ladder could be surmounted quicker in the new republic. Whether or not his plans seemed certain, Maria’s heart wanted in. In 1793, she fled with him first to Tortola in the Caribbean and then on to Philadelphia.

Thanks to his contacts in the United States and his military education in Europe, Rivardi quickly landed a position as a surveyor in the engineering corps of the US Army. At first this meant the new couple were separated, Johann toiling on the dilapidated forts in Virginia, where he claimed to have nearly died of dysentery, and Maria in Philadelphia as an assistant to French exiles who ran a boarding school. Distance plagued the relationship and eventually Johann procured a new posting in New York to Fort Clinton—now famously West Point—in 1795. Maria came reluctantly in tow.

New York city seemed an unreachable comfort from the confines of the fort on the Hudson. Maria’s first visit had been on her way to West Point when she and Johann decided to get married at the Lutheran church there.[4] It was blasphemous enough for an ardent Catholic to remarry, but even more so as Maria had not annulled her first marriage to Tomo. She endured life at the fort for the next six years.

Then it got worse. Maria had already suffered one miscarriage in Philadelphia, but her next pregnancy occurred outside the medical security of the city. A military doctor was more accustomed to mutilation than midwifery. The safe delivery of their son Ulrich in the spring of 1796 seemed a miracle. The devout Maria requested the fort’s artillery be fired in celebration—a particularly archaic gesture; Johann’s subordinates ridiculed him as a henpecked husband.[5]

The summer of 1796 brought more hardship than respite. Johann was posted to Fort Mackinac, a small garrison on Mackinac Island straddling the gulf between Lakes Huron and Michigan. For the United States, the fort represented the farthest outpost in that contested borderland. To reach such a destination was as arduous a journey as the eighteenth century could offer. For a deeply depressed mother—according to Johann’s letters—and a fledgling infant, it seemed almost a death sentence. First a stagecoach clattered along the three hundred miles of rough path to Albany and then a further three hundred miles to Fort Oswego on the banks of Lake Ontario, before their even more rickety boat perilously sailed to Fort Niagara and then another ferried them across Lake Erie to Detroit. The seven hundred miles took nine straight weeks of travel; for Maria it was an unremitting hell.

The next five years brought continual hardship to Maria. Life on the American frontier was harsh. For decades after the United States had won independence, it was still a contested battleground. Hardy frontiersmen, migrants sent forth into the unknown by land-grabbing consortiums, and the foot soldiers of empires converged with Native Americans. The British, the Spanish, and the French built massive fortifications in the region, aiming to subdue its native people and eke out a sliver of control over the other empires. These garrison villages, remote and far from colonial metropolises and the eastern seaboard, lay at the furthest ends of the European imagination. In the late 1790s, this crucible zone, this hotbed of contestation staked out among uncharted rivers and unfamiliar tribes, became the new home of this Austrian-born countess. There she gave birth twice more under difficult circumstances. No doctor was present despite Johann urgently requesting one. The coldest, cruellest winter months froze the Great Lakes, severing their only connection to the outside world. The summer months brought other dangers. Frequent breakdowns with Native American nations resulted in skirmishes. The threat of foreign invasion and fort destruction loomed large over their heads.

In 1800, Johann’s own ill health forced their retreat. Unable to fulfil his duties, he was transfered near Philadelphia and then discharged a year later at the height of xenophobia panic within the army. Crippled, jobless, and with three young children, Johann had no way to support his family.

Maria came to the rescue. She revived her as a schoolteacher and founded her own boarding school. Johann became one of her employees, teaching mathematical subjects. For the first time in her life, Maria enjoyed a measure of autonomy and led the direction of her family. “Madame Rivardi’s Seminary for Young Women” quickly became one of the finest boarding schools in Philadelphia.[6] Her clientele were the daughters of rich patrons. Her school doubled and then doubled again. She took her students to trips across Pennsylvania, Maryland, and to the new capital city of Washington. Maria also cultivated a vast network of sponsors ranging from mayors, governors, bishops, scientists, and even presidents, old and new.

And then it fell apart.  Johann died in 1808. Maria struggled to maintain a profit. Investors seemed more reluctant and creditors more persistent to call time on their debts. Yet heartbreak mixed with financial agony did not break Maria. She pressed harder on her contacts, schmoozed with those she knew well, and, according to her pupils, flirted with those she didn’t.[7] President Jefferson even received a petition.[8]  Financial rescue evaded Maria and bankruptcy secured her imprisonment in Philadelphia’s debtors gaol. A distraught teenager, Maria’s daughter volunteered for internment alongside her mother. Their conditions were so squalid, however, that the younger Maria soon “lost her mind.” Caring for her manic daughter and petitioning false friends for help became Maria’s only pastime. She looked back on her life in America and denounced the United States as “an abode of misery, trouble, and afflictions of all kind.”[9]

Maria’s life continued to be extraordinary upon her release and return to an impoverished post-Napoleonic Europe. Her Vienna had vanished, her former life proved impossible to regain. She died in southern France in 1830, after fifteen years wandering itinerantly around the Mediterranean in search of employment and old friends. The sharp contrasts of Maria’s life, from Vienna to the frontier of the American Midwest, reminds us it was not always prosperous for even the most hardy souls who emigrated from Central Europe across the Atlantic.

Women and education in the early American republic: http://www.womenhistoryblog.com/2014/03/first-women-educators.html