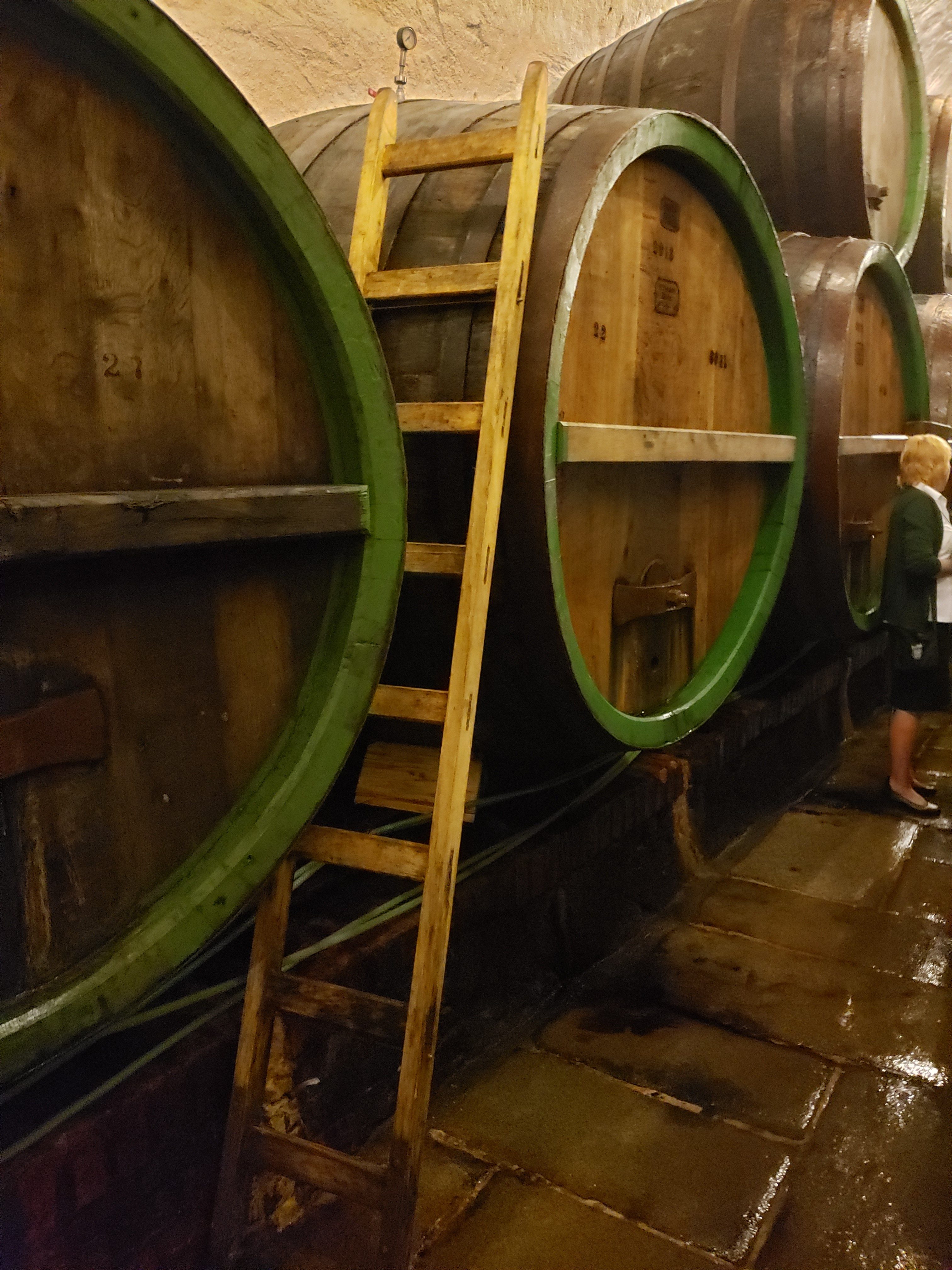 Despite the bad working conditions and the growing popularity of labor unions in the late 19th and early 20th centuries, major breweries in the Austro-Hungarian Empire, with Pilsen at the forefront, successfully resisted recognizing or negotiating with unions until after World War I. Yet, the brewing industry lagged behind other industries, especially in Bohemia. It was possible to join a union, but if members attempted to organize their fellow workers, or to use the union’s backing to negotiate with their employer, they were blacklisted by the brewing industry. And when workers involved in union organizing activities lost their jobs and were blacklisted, they found it difficult, if not impossible, to find work in breweries within the empire.

The proliferation of labor unions in the Czech Lands was confusing at best, and truly reflected the complex tapestry of political and social circumstances in the late-Habsburg Empire.[1] Shortly after restrictions against union organizing eased in 1890, an empire-wide brewery workers’ union called The Austrian Union of Brewery Workers[2] [AUBW] formed. The union’s operating language was German and its base was Vienna. However, local meetings and publications were multi-lingual, reflecting the local populations in each region. As Czech nationalism surged, so did a movement for a separate Czech-speaking brewery worker’s union. For a few years, a semi-autonomous Czech union operated under the umbrella of the larger Vienna-based AUBW. Increasing nationalist tensions eventually led to a complete split away from the Vienna-based union, and by 1908, the nationalist Union of Czechoslavic Brewery Workers[3] [UCBW] was in full operation. However, some Czech-identified workers chose to remain members of the AUBW. The splintering into separatist unions, which weakened collective bargaining power, was cited by labor activists and brewery owners alike as the primary reason why brewery workers in the Czech Lands remained unable to improve wages, hour reduction, or working conditions through organized labor.[4]

In the United States, brewery workers organized into the National Union of Brewery Workmen [NUBW] in 1886. Their operating language was German because the US brewing industry was primarily owned by and employed German immigrants or people of German descent. Within 10 years, 93% of US brewery workers had contracts negotiated by the NUBW.[5]

For brewery workers, one’s unionization status in their homeland emerged as the key determinant of a migrant’s experience in the United States. In order for an immigrant to join the NUBW, the new arrival was required to have been a member of the union in their homeland that had “reciprocity” with the United States union. In the case of migrants from Bohemia and Moravia, the only union with reciprocity was the original empire-wide AUBW. Upon arrival in the United States, migrants reported to their local NUBW office with a letter or “travel card” from their home union. They then received work in a nearby brewery or were directed to union branches that could provide work.

Predictably, the ideology behind most large-scale labor unions like the NUBW did not mesh well with nationalist movements and separatist labor organizations. They believed that separate unions based on ethnicity drove artificial wedges between workers who would be best served by cooperation in a single organization without regard to ethnic, linguistic, or racial backgrounds.[6]  The point of contention arose in the unions’ differing interpretations of “internationalism.”  The AUBW and the NUBW adhered to fairly standard socialist interpretations of internationalism where class identity was the only priority and any nationalist sentiments distracted from class struggle. Separatist unions like the UCBW promoted an ideology where internationalism and nationalism coexisted – where class identity ultimately held greater importance than national identity, yet separate organizations were necessary for each national group’s development. In theory, these separatist national organizations could come together in alliances when required.[7] The polemics that emerged in the debate about internationalism affected workers in unintended and even adverse ways.

Prior to 1912, even though the NUBW’s official policy only recognized the empire-wide AUBW, unofficial exceptions occurred, allowing some members of separatist unions in Austria-Hungary to join the US union. The exceptions ended in 1912 after the UCBW publically implied to their membership that the NUBW in the United States would soon agree to reciprocity following a separatist representative’s visit to Chicago. The UCBW claimed that the meeting between the unions, which actually never took place, called “a new era of relations [with the NUBW]. . . on the basis of working class solidarity and work in favor of socialism.”[8] When the NUBW leadership heard that the Czech separatist union claimed that cooperation between the unions would soon take place, the NUBW reacted quickly and harshly. Their newspaper, the Brauerei Arbeiter Zeitung, published polemics against separatism.[9] Migrating members of the UCBW were automatically denied work and were added to a published list of scabs, which also considerably limited their ability to work in breweries across the United States. The union also monitored Czech-speaking members of the NUBW for any signs that a separatist labor movement would grow in the United States. Leadership of the NUBW feared what they called “the separatist evil” would take root among its Czech-identified members and threatened expulsion for any activities that hinted at privileging ethnicity over class.[10]

New migrants from Bohemia and Moravia were the most affected by the NUBW’s restrictions against members of separatist unions. Yet the UCBW did little to warn its members who migrated, perhaps so that the union did not lose the membership of those considering migration. The UCBW only circulated incomplete migration criteria to its members, omitting the fact that the only brewery workers’ union in the Habsburg Empire with reciprocity was the AUBW.[11] Those who migrated without full knowledge of this reciprocity found themselves unable to find unionized work, which led to frustration, confusion, and occasionally return migration.

In my next post, I will focus on the lived experiences of brewery workers from Bohemia and Moravia who migrated to the United States, including those who found work in the brewing industry and those who did not and returned to the Czech Lands.

Alison is a PhD candidate in the Department of History at the University of Illinois at Chicago. In her dissertation, beer and the brewing industry are lenses through which to examine the fluidity of national and ethnic attachments among the popular classes in the Czech Lands during the last years of the Habsburg Empire, and in the course of migration to the United States.

Steidl, Annemarie, Wladimir Fischer-Nebmaier, and James W. Oberly. From a Multiethnic Empire to a Nation of Nations: Austro-Hungarian Migrants in the US, 1870-1940. Innsbruck:  Studienverlag, 2017.

Zahra, Tara. The Great Departure: Mass Migration from Eastern Europe and the Making of the Free World. New York: W.W. Norton and Company, 2016.

[1] In this post, I focus on unions connected to the Social Democratic Party. Other working-class parties of the time that attempted to organize workers included the Czech and Austrian Christian Socials, as well as the Czech and German National Socialists.

[2] The union’s full name was the Austrian Union of Brewery Worker, Bottlers, and Associated Trades.

[3] The union’s full title was the Union of Czechoslavic Brewery Workers, Coopers, and Related Trades.

[7] For a more nuanced and thorough description of the ideas used to reconcile separatism with internationalism, see the chapter “The Logics of Separatism” in: Jakub Beneš, Workers and Nationalism: Czech and German Social Democracy in Habsburg Austria, 1890-1918 (Oxford: Oxford University Press, 2017).