Skip to content
The Socialite’s War: The Last Days of the Dual Monarchy on the Society Page 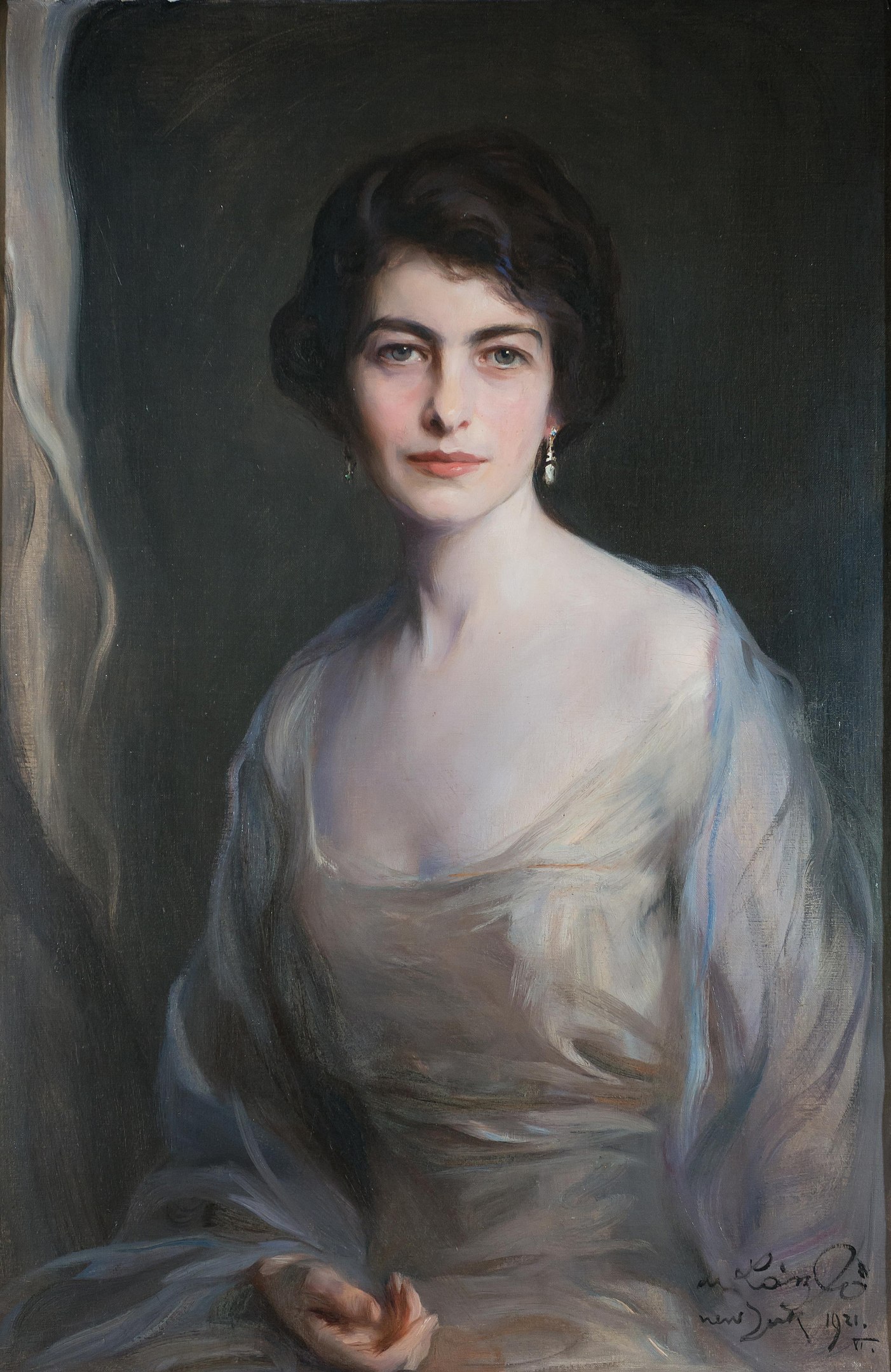 The Socialite’s War: The Last Days of the Dual Monarchy on the Society Page

On January 27, 1908, “the most discussed” international alliance in the world was made in a mansion on Fifth Avenue in New York City: the marriage of socialite and heiress Gladys Vanderbilt[1] and Count László Széchenyi, the great-nephew of Hungary’s nineteenth-century great reformer, Count István Széchenyi and an officer in the Austro-Hungarian imperial army.

The wedding announcement that appeared in Town & Country two days before the wedding celebration described the event as an alliance of Old World and New, comparing the grandeur of the Vanderbilt homes and fortune with the “beauty” and “magnificence” of Budapest’s architecture. The article assured its readers that Gladys Vanderbilt would be moving to a country where there was a great deal of respect for wives (not just mothers) and that the Hungarian nobility was ready to receive her with open arms, since many of them spoke English and hewed closely to the style of English nobility.[2]

The magazine also mentioned that Vanderbilt was one of several moneyed American women who had recently married European aristocrats.[3] In fact, one of the primary reasons the magazine explained the fascination with the Vanderbilt and the Széchenyi wedding was “the sorrow that has come to several American girls who have married men of title and whose money could restore the decaying castles, but whose beauty and goodness failed to regenerate their owners, the decadent nobleman.”[4] Indeed, dozens of American “Dollar Princesses” married into the families of European nobility between the 1860s and the 1920s (and beyond), including GlaAdys’s own cousin Consuelo (Duchess of Marlborough).

Vanderbilt was the youngest daughter of Cornelius Vanderbilt II, and just before her marriage, she turned 21 and received her inheritance from her father, a sum of 12.5 million dollars (roughly equivalent to 300 million dollars adjusted for inflation). The timing of these two events was not, it seems, coincidental. The Széchenyis, her new in-laws, were one of the oldest, most storied magnate families in Hungary, and Vanderbilt’s new husband, László, had hereditary properties but very little cash to his name. He had some minor successes as an inventor, but it was also known as a spendthrift, gambler, and hot-head. He was even arrested a few days before his wedding for assaulting a New York photographer![5]

After their wedding, they moved to Hungary and Vanderbilt, now Countess Széchenyi, settled into her new home, began redecorating her Budapest palace, and became pregnant soon after the marriage. Although the society pages back in the U.S. reported she was becoming popular and well liked in the aristocratic circles of Hungary, having learned to speak Hungarian, one was just as likely to see her unflatteringly featured in Hungarian satirical papers as the American “Dollarqueen.”[6]

Prior to 1914, most of the stories about her tended to focus on her redecoration efforts, charitable endeavors, or her trips to Vienna, but the outbreak of war positioned her in a new way in the press, specifically promoting her charitable contributions to the Austro-Hungarian war effort.

Newspapers touted her kindness in providing the Hungarian military with access to her palace so that they could quarter soldiers there.[7] A little over a year later, she followed up this act of generosity by transforming her palace on Andrássy út into an orphanage for more than three hundred children whose fathers were killed in the war and herself into “mother Gladys.”[8]

Countess Széchenyi’s fortunes and realm of action appear to have turned by early 1915. She contracted smallpox “nursing” soldiers in a military hospital, and around the same time, her reported attempts to direct a Red Cross military hospital in Hungary were rebuffed by the Army Surgeon who explained that “there was no room there for women to walk about the wards in kid gloves.”[9] The war was changing her role in society; it was no longer enough to have money, the conflict was greater than the benevolent contributions of a single family and required professionals, not dilettantes.

The war had also altered the images of Hungary. Rather than the idyllic, sophisticated, and hospitable country she had arrived in seven years earlier, the country was more explicitly depicted in U.S. newspapers and society pages as a backwater, an image that was only further enhanced when the United States declared war on Austria-Hungary in 1917, and Europe’s “garden” turned into a mass of starving women and children. In her telling, Countess Széchenyi spent the last four years of Hungary’s war in a small hunting lodge with no gas or electricity, not far from the Russian front. She was able to leave the country before the establishment of the Hungarian Soviet Republic in March 1919 and returned the United States in September 1919 with four children in tow.

Whatever had happened to her during the conflict beyond the experiences recounted above, the war had fundamentally changed her outlook on Hungary. Upon her arrival in the U.S., she stated that “I do not wish to speak about what has happened to me during the five years that I have been in Hungary, or anything connected with the war. All I care to say is that I am glad to be back in the United States and to greet my relatives and friends on this side of the Atlantic.” Stories that ran after her return stated that although she was focusing on feeding the starving in war-torn Hungary, “her life abroad has not made a Hungarian of her, nor even a European; she is today just as distinctly a New Yorker and an American as before her marriage.”[10] Her persistent Americanism, however, had not prevented the seizure of a sizable chunk of her assets by the Office of the Alien Property Custodian, headed by future U.S. Attorney General A. Mitchell Palmer, as had happened with other American women who married nobles from the German and Austro-Hungarian empires and found themselves citizens of countries that were now enemies of the U.S.[11]

Countess Széchenyi’s return to the United States was punctuated by the appointment of her husband, László, who joined her in the U.S., as the first Hungarian diplomat to the United States between 1922 and 1933. Like many in the Hungarian aristocracy, he and his wife had been part of politically conservative circles in Hungary prior to the war, and this orientation played a role in promoting the agenda of the postwar regime in the United States, a conservative authoritarian government that repressed the political left; sought to remake Hungary into a “Christian national” state; and promoted the revision of the Treaty of Trianon, which formalized Hungary’s loss of nearly two-thirds of Hungary’s prewar territory.

Countess Széchenyi’s distinctive position as part of a transnational elite makes her an interesting touch point to think about World War One as a moment of transformation on a number of fronts. Through her story as it appeared in the American press, we can trace the explicit transformation of Hungary from an integral part of an idyllic and sophisticated European empire to a humbled country full of starving children, impoverished nobles, embittered and selfish peasants, and communist terrorists. The Countess herself went from a young and enthusiastic heiress ready to assimilate into European aristocratic life to a loyal American woman eager to return to the United States, despite the seizure of her property by the U.S. government. Her activities during the war also provide a window into the process by which traditional charitable activities, especially those taken on by wealthy women, came to be replaced by something more closely approximating professional philanthropy and modern humanitarian aid. Finally, Countess Széchenyi appears as an example of those in the newly wealthy American “bourgeoisie” who, over time, eschewed many of the values of liberalism that helped them and their families make their fortunes for the much more conservative aristocratic politics of many elites in their adopted homeland.[12]

Emily Gioielli is an Assistant Professor of Modern European and global history at Missouri Western State University in Saint Joseph, MO. She received her Ph.D. from Central European University (Budapest) in 2015. She is currently completing a book manuscript on the social history of women in Hungary during the First World War and (counter)revolutions that followed.

[1] Gladys Vanderbilt Széchenyi was quite visible in the society pages, but otherwise she is a bit of a cipher, even in histories of the Vanderbilt family.

[12] Sven Beckert’s, The Monied Metropolis: New York City and the Consolidation of the American Bourgeoisie, 1850–1896 traces the history of this process among “new money” families in the Gilded Age.