Skip to content
Only a Myth? The Solely English-Speaking Habsburg Army Conscripts from the United States, 1868-1918 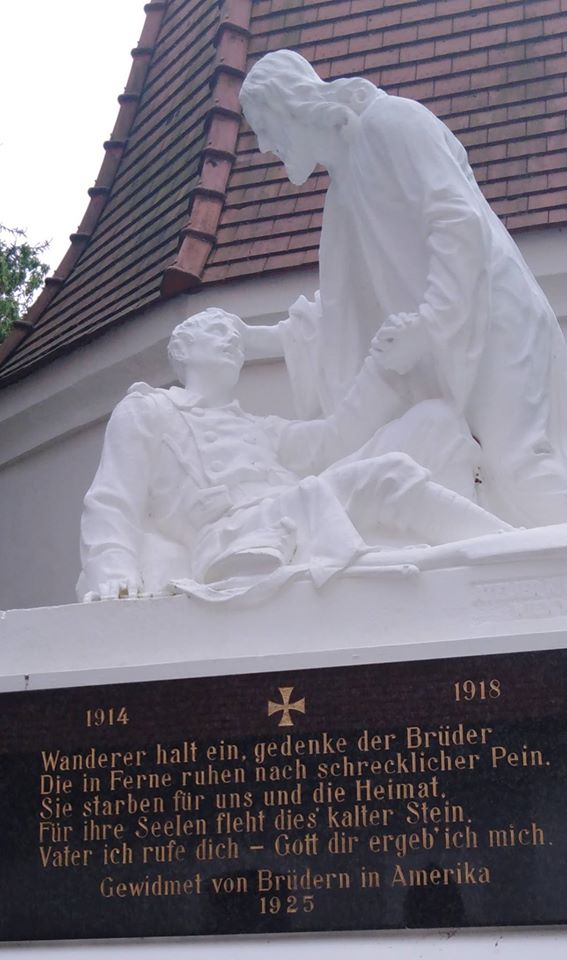 Only a Myth? The Solely English-Speaking Habsburg Army Conscripts from the United States, 1868-1918

On August 2, 1914, the Philadelphia Inquirer entitled a story “Austrian Consul Busy,” and reported the behavior of some of its city dwellers: “But the desire to get back to the defense of the lands of their birth is not confined to reservists. Naturalized American citizens have besieged the … consulates.… Around the Austro-Hungarian consulate fully 500 men gathered this morning.”[1] A couple of days earlier, the same newspaper had even named some of these men, among them: “George Harros, a Viennese, came from Trenton to offer his services, saying in response to a question that he would rather a thousand times go back and fight for his country than continue in the United States.”[2] In those days, following the war declaration of Austria-Hungary on Serbia, hundreds of thousands of Austrian and Hungarian men were called to arms. Due to mass migration since the nineteenth century, many of them lived and worked abroad, including the United States. Many of them were even born there. Beside journalists’ reports, Austro-Hungarian consulates themselves announced calls to arm all over the world.

No matter the country, many of these Austro-Hungarian consulates’ calls for enlistment were also printed in Habsburg languages. As one example, the Luxemburger Wort on August 3, 1914, announced mobilization in three countries: Germany, the Netherlands, and Austria-Hungary. While the German announcement was monolingual, the Dutch advertisement printed German and Dutch in one box. The Austro-Hungarian consulate in Luxemburg, however, needed far more space than the others. The Habsburg announcement was repeated in six languages: German followed by Italian, Hungarian, Czech, Polish, and Serbo-Croatian. It spanned an entire page.[3] In the United States, most of the ads were in English, except within migrant newspapers in one of the other languages. Apparently, consulates expected these citizens living in the United States to read English. Even more, some sources I have analyzed for a book project dealing with language diversity in the Habsburg army from 1868 until 1918 indicate there were many soldiers who spoke English only.

In 1911, several Habsburg newspapers from across the Monarchy reported the same account. Among them was the Westungarischer Grenzbote, which was located in what is today Bratislava in Slovakia. The anonymous author entitled his short article: “English as Regimental Language,” and emphasized that “the number of domestic languages has to be enriched by another one, English, because an Infantry Regiment from Kassa would have been forced to declare English as language of instruction.” The given reason was that there were so many recruits, mostly sons of migrants to the United States, who had returned for military service, but did not speak their native languages.[4] Kassa–in German Kaschau, in Slovak Košice–was located in the Hungarian Kingdom and was one of many places in the Habsburg Monarchy that experienced wide-scale migration during the second half of the nineteenth century. If these migrants and their sons were so numerous among recruits, as these newspapers indicate, there must be evidence in the army’s administrative sources. So far, I have not found any evidence in ministerial documents, although the military had to accept the use of English, and to ignore the regular language rules for the training of conscripts.

Language Diversity and wide-spread multilingualism characterized Habsburg citizens across the Monarchy. Following the settlement with Hungary (Ausgleich) in 1867, the joint army of Austria and Hungary had become the biggest administrative institution across the Monarchy by implementing the same language system. The army’s compulsory military service affected thousands of male citizens annually, regardless of their religious or social backgrounds, or language use. In the early 1880s, compulsory military service was also implemented in occupied Bosnia-Herzegovina. German remained the lingua franca for commands and correspondence, and for communication among officers and Noncommissioned Officers (NCOs). However, following an amendment to Austrian citizens’ rights, conscripts could train in their own languages. The following languages were recognized: Czech, Croatian, German, Hungarian, Italian, Polish, Romanian, Ruthenian, Serbian, Slovak, and Slovene.[5] There were a handful of exceptions from this general right. For inclusion, a language group had to comprise twenty percent in a regiment to be considered, and the language had to be recognized in the respective Habsburg province (landesüblich).[6] Annually, the army had to guarantee the deployment of sufficient training personnel who spoke the recognized languages at the necessary bases.

All languages that officers spoke were listed in their personnel files. I analyzed a sample consisting of 243 professional and reserve officers.[7] They all spoke German, the army’s lingua franca; 66 spoke Hungarian, 63 Czech, 33 Italian, 29 Polish, 38 Croatian/Serbian, 22 Romanian, 13 each Slovene and Slovak, and eight Ruthenian [Ukrainian]. Beside these domestic languages, foreign ones were noted. Most of the officers spoke French as a foreign language, but at least 21 were noted to be fluent in English. This means that, in my sample, more officers spoke the foreign language English than domestic languages such as Slovene, Slovak, and Ruthenian. Many of these reserve officers held a high school degree. In addition, the army expected general staff officers to learn foreign languages, in particular those spoken in neighboring countries that might become future war allies or opponents. The army valued this knowledge over domestic languages, because general staff officers were not engaged in the training of conscripts. Every general staff officer had to become proficient in at least one of the following languages: Albanian, Bulgarian, English, French, Greek, Italian, Russian, or Turkish.[8] Chief of General Staff Franz Conrad von Hötzendorf commented on the importance of learning these languages: “The international languages, Russian, Italian, English, and especially French.”[9] However, the only language taught to all future general staff officers was French.

Nonetheless, the languages of the conscripts are especially significant for this blog. Their personnel files also noted all language skills. I analyzed 10,000 individual personnel files from across the Monarchy, and the records show that multilingualism was common, particularly with respect to other domestic languages. Foreign language skills were unusual among the rank and file who had attended only grammar schools. In some regions, such as among 279 conscripts from Styria, eight spoke English, usually in combination with their native Habsburg language. These men had professions that required foreign language knowledge, such as chief-waiter (Oberkellner) and director of a hotel (Hoteldirektor). A sailor spoke English, but also Arabic.[10] In an average file box of conscripts born in 1870 from Vienna for example, six spoke French, but only two spoke English.[11] Despite my extensive research of the former Habsburg Monarchy, I have found no only-English speakers so far. However, it must be noted that, unlike most Austrian records, the bulk of Hungarian, Croatian, Dalmatian, and Bosnian-Herzegovinian conscript personnel files are not preserved in archives.

Thus far, I can trace the English-only speakers among peace-time recruits solely in a handful of newspaper reports. My overall book project draws largely on autobiographical sources, yet I have found no diary or memoir from an officer who wrote that he trained English-only speaking conscripts, nor from English-only speaking soldiers who emphasized their army experience–neither from peace nor war time. Norman Stone has mentioned a Hungarian-speaking unit in which a German-speaking reservist wrote that he had to speak English to be understood by at least some of his soldiers.[12] Tantalizingly, the article from my initial quotation from The Philadelphia Inquirer specified hundreds of “already naturalized Americans” among the conscripts, which indicates at least some of them spoke English-only. Of course, these mobilizations ended abruptly when the U.S. Congress declared war on Austria-Hungary on December 7, 1917, and the approximately 3 million Austrian and Hungarian citizens residing in the United States became enemy aliens. They were required to register with government authorities and abide by strict restrictions on their movements and activities.[13] Meanwhile, thousands of men had already travelled to Austria-Hungary and were enlisted.

I assume that most of these residents from the United States who had served in the Habsburg army between 1868-1918 returned homeafter their military service, and, like their comrades residing on Habsburg soil, wrote diaries and letters that are still preserved somewhere today. Probably some published memoirs about their experience, if only in small-scale immigrant newspapers. I am especially interested in pursuing any tips or leads to locate English-only speakers in the Habsburg Monarchy’s military, and am very grateful for any and every suggestion on relevant sources.

Tamara Scheer is a lecturer at the Institute for East European History at University of Vienna, and Director of Historical Collections at the Pontifical Institute Santa Maria dell’ Anima in Rome. She is currently completing her fourth monograph, a study on language diversity and loyalty in the Habsburg army, 1867-1918. In 2019, she published her first book for a wider audience: “Von Friedensfurien und dalmatinischen Küstenrehen: die vergessenen Wörter der Habsburgermonarchie” (Amalthea).