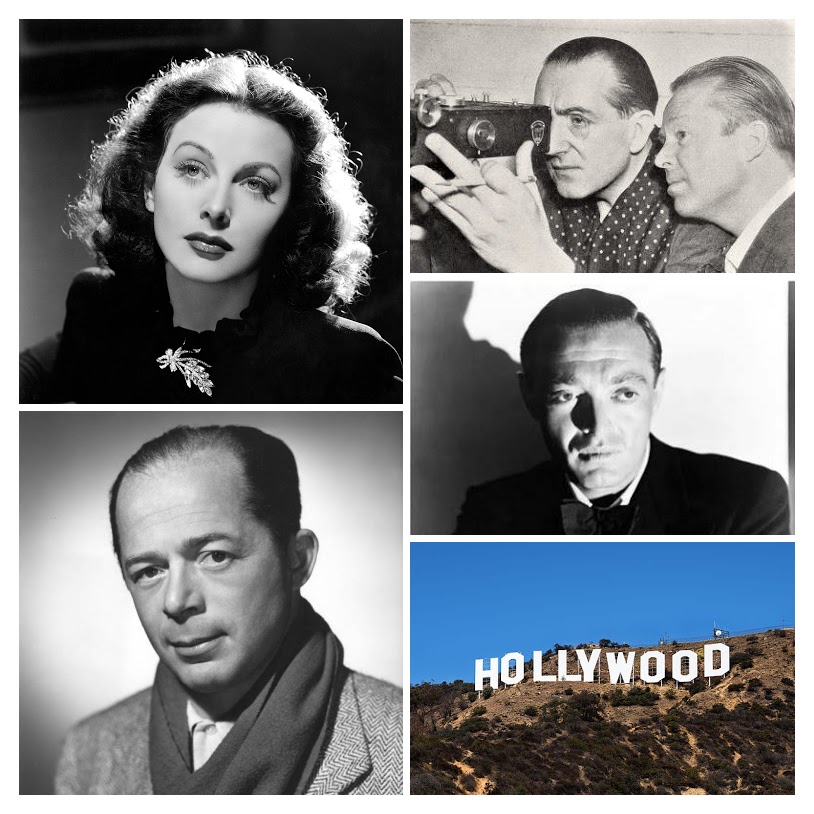 THE INFLUENCE AND IMPACT OF AUSTRIANS ON THE HOLLYWOOD FILM INDUSTRY, 1920s-2020s

Austrians played an extraordinary yet seldom acknowledged role in the US film industry in the twentieth and early twenty-first centuries. Many, to be sure, have been misrepresented as Germans: their names, the common language, and career paths that often passed through the booming German film industry in the 1920s and 1930s before their emigration to the US have all contributed to this phenomenon. Yet, Austrians, rooted in the vast and multiethnic Habsburg Empire, came to California with distinct identities, cultural backgrounds, and artistic sensibilities. The large and underappreciated presence of Austrian film professionals has shaped and continues to influence American and global filmmaking in often unacknowledged ways.

Early Austrian émigrés include such talents as actor-director Erich von Stroheim and composer Max Steiner who sought better opportunities in the American film industry in the early twentieth century. A much larger wave of émigrés arrived in the 1930s and 1940s as a consequence of the rise of National Socialism in Germany and the Anschluss in Austria. Austrian émigré directors such as Billy Wilder, Fritz Lang, Fred Zinnemann and Otto Preminger, actors Hedy Lamarr, Peter Lorre, and Paul Henreid, producers like Eric Pleskow and Sam Spiegel, screenwriters Vicki Baum, Gina Kaus, and Walter Reisch as well as composers such as Erich Wolfgang Korngold, Ernest Gold, and Hanns Eisler had a lasting impact in Hollywood. And so did other, often lesser known, Austrian émigrés who worked as writers, composers, actors, producers, cinematographers, talent agents, costume designers, or production designers. The cultural impact of these legacies is often forgotten when we celebrate contemporary Austrian filmmakers like Michael Haneke and actors like Arnold Schwarzenegger and Christoph Waltz. Despite considerably different circumstances for Austrians in Hollywood then and now, this symposium will present and discuss historical contributions as well as the roles these legacies play for contemporary filmmakers.

The organizers invite proposals for 20-minute presentations that explore the following suggested topics or other related themes, aimed at a diverse general audience:

Those interested in presenting papers are invited to submit a brief abstract (up to 300 words) and a short bio to Professor Paul Lerner (plerner@usc.edu) by June 30, 2021. The conference language is English. The organizers are in the process of seeking funding for travel and accommodation for accepted speakers. Participants with access to funding through their home institutions are asked to apply for that funding first. Feel free to contact Paul Lerner (plerner@usc.edu) or Michaela Ullmann (ullmann@usc.edu) with any questions.

Given the complications of planning an international conference in the midst of a pandemic, the conference organizers wish to acknowledge that they are aware that it may not be possible for the conference to take place entirely in person. Back-up plans for a hybrid approach (part online, part in-person), or a completely virtual approach are being made.

As forecasting the budgetary situation of hosting institutions as well as speakers’ institutions is difficult at the moment, the organizers cannot yet guarantee any travel support for speakers. Information will be released as it is available. Furthermore, travel restrictions may still apply for certain countries at the time of the conference. The organizers will work with each accepted speaker to find individual solutions for their situation and on accommodating their participation in the conference, either in-person or virtual.

The symposium is made possible also by generous support from the Botstiber Institute for Austrian-American Studies.