Skip to content
In the Footsteps of Richard Neutra: An Expedition in California

In the Footsteps of Richard Neutra: An Expedition in California

Beginning in 2020, the Wien Museum MUSA presented the exhibition “Richard Neutra. Homes for California”. This expedition highlighted the US-based work of one of the Austrian history’s foremost modernist architects. To accompany it, a publication was made that also focuses on Neutra’s contemporaries. The basis for this was an intensive research trip undertaken by Wien Museum curator Andreas Nierhaus and architectural photographer David Schreyer. A conversation.

Peter Stuiber: When and how long were you on the road to gather the material for this book and exhibition?

Andreas Nierhaus: We were on the road in California for a total of five weeks, spending the main part of the time in Los Angeles. The research trip, funded by the Arts Section of the Chancellor’s Office, took place in early summer 2017 – in other words, during the transitional period from “June Gloom” to “Summer Heat”. The weather was actually too good to be true.

PS: The trip came about in the course of a research project. What were the initial considerations? What was the concrete motivation?

AN: We noticed that Richard Neutra, probably the most prominent and influential Austrian architect of modernism in global terms, is hardly known in his own country – and we wanted to change that. His buildings fascinated us from the very beginning: Neutra not only developed an architectural system that was consistent over decades and could be adapted to different design challenges…

David Schreyer: … He has also shown how one can respond structurally to extreme climatic conditions, especially heat, without a great deal of technological effort, and how clever spatial configurations can make small houses large in themselves. On site in Los Angeles, we found that to understand Neutra’s buildings, we must look at them in the context of the work of his contemporaries. Not only are there direct or indirect influences; his work is one thing above all: extremely stringent – both in form and content. And this is then virtually self-explanatory through the confrontation with buildings by his contemporaries.

PS: How did the selection of the houses come about? Which ones were in focus?

DS: We came to California with a “short list” of about 80 houses. Immediately after our arrival we started to visit these places. This alone provided the link to other houses that seemed interesting for our topic. We deliberately did not visit the famous houses – such as the Kaufmann Desert House in Palm Springs – but rather the small, lesser-known ones, which, however, seemed to us to be far more relevant to contemporary questions of living. 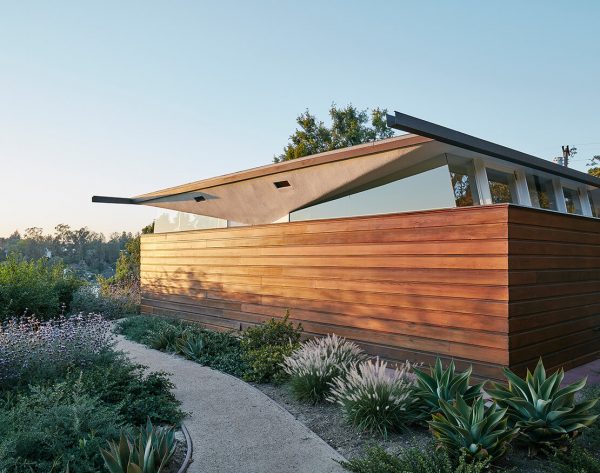 PS: The houses you visited are not open to the public. Was it foreseeable whether one could gain access to a relevant number of houses at all?

AN: From the very beginning, the research project was designed as an experiment, or better: as a kind of expedition. At the beginning, we didn’t know what would come out of it. What will the weather be like? Who will open the door for us? Chance was a factor we took seriously. But with an initial selection of 80 houses, we knew that within five weeks we would come up with a respectable number of buildings actually visited and photographed. But in return, we were on the road around the clock. Even if it sounds unbelievable, there was only one beach and sun.

PS: How challenging was the organization of this trip? How do you manage to coordinate such a large number of appointments? What hurdles do you face?

AN: Above all, it was a lot of paperwork. And you had to be prepared to drive many many kilometers by car through this sometimes seemingly endless city. Our daily routine usually looked like this: in the morning we made contacts, dealt with the extensive correspondence and organized viewing appointments. In the afternoon, we would drive to the houses, and while David photographed the buildings, I would conduct interviews with the residents – and then keep them happy until David had finished his work. 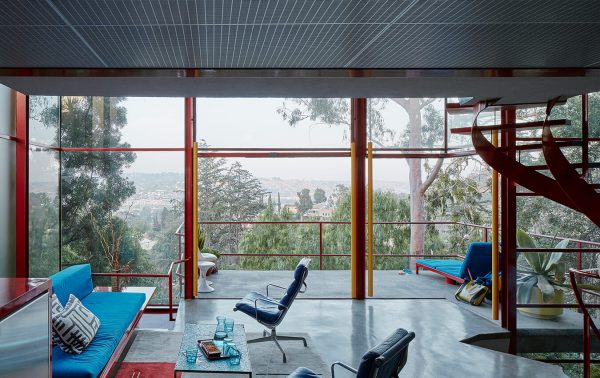 PS: Were there any special moments or encounters that surprised or impressed you?

DS: The day after our arrival, we explored “our” neighborhood at Silver Lake on foot. An area where especially many houses of the “Californian modernity” are preserved – still, because the gentrification often leads to the fact that these relatively small houses on extremely valuable properties are demolished and more lucrative properties are built. In the front yard of Richard Neutra’s wonderful McIntosh House, we met actress Ann Magnusson. She immediately understood what we were about and offered her support. Her husband, architect John Bertram, became the most important contact person for us on site. But also the dinner with the two of them at McIntosh House was a special experience. 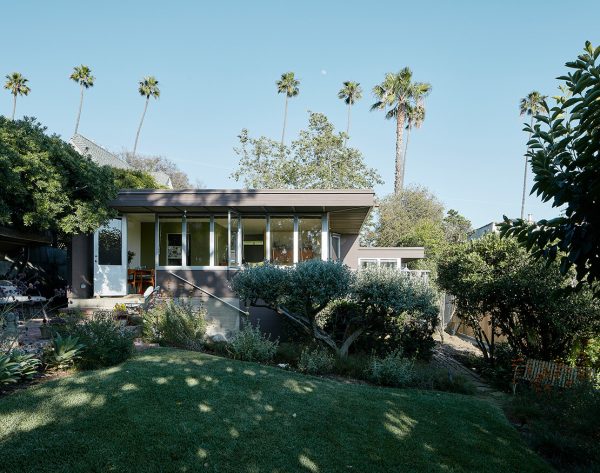 AN: I remember that the actress Kelly Lynch greeted us in her house in Lone Pine in impeccable German – and immediately told us that she had learned it from her friend Cordula Reyer. In general, I was particularly impressed by the hospitality and openness of the people in Los Angeles. The fact that the former governor of California is an Austrian did not hurt, on the contrary.

PS: In architectural photography, the weather plays a big role. In the photos that were taken, there is always sunshine. A lucky coincidence?

DS: For me as an architectural photographer, the weather plays a big role. I look at the situation holistically and then decide in which weather I encounter the respective building. You can always take pictures in rain, fog, and sunshine. A driving force for our project were texts by Richard Neutra, in which he explains the vegetation around his houses, their effect on indoor climate and atmospheres in the house. Therefore, it was always clear that we would be on site at the time when vegetation has its greatest effect: early summer. And this is the time when heat and sun prevail in L.A.’s desert climate. 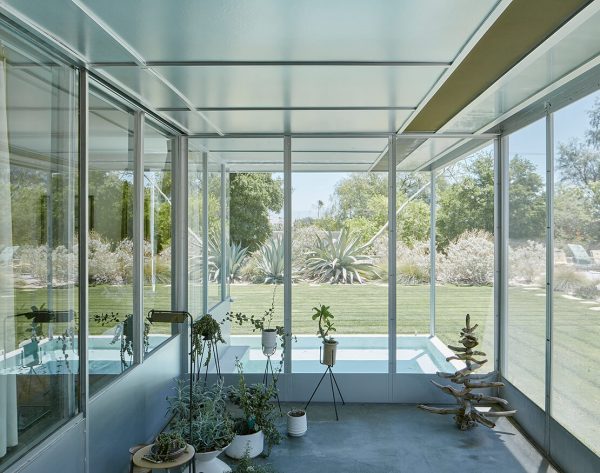 PS: It was obviously about showing today’s architecture “in action,” in “real life. Were there any restrictions, reservations or considerations about how far you could go? How much staging remains nevertheless? And also: How fast did you have to be?

DS: Both of our work – as photographers and as curators – is always about communicating architecture, regardless of the era – and getting people excited about it. How do you get someone excited about a good housing situation? We believe by creating a concrete offer to mentally enter the situation. Along the lines of, aha: Here I’m reading the newspaper with my black tea, while there the dog is circling around the coffee table. It is my basic attitude not to be afraid of the traces of life. This has little to do with prepared staging, rather I want to react very quickly to situations and incidents and let exciting images arise from them for many people.

PS: You went there with a prior knowledge, with expectations and evaluations. Have these changed? What do you think about this architecture now? Were there any “aha” experiences? What new conclusions were you able to draw?

AN: We all know the houses of Richard Neutra through the great, but also iconic photographs of Julius Shulman, with whom he worked for over 30 years. As a rule, they are in abstracting, unifying and aestheticizing black and white, idealized, with the happy American nuclear family as staffage. The real urban space plays no role in these photos, the houses are usually hidden behind dense hedges. So they are set in a neutral Mediterranean world, and at the same time we know that Los Angeles is one big urban planning, social, and traffic imposition. How does that fit together? When you sit in these houses, you forget the juggernaut all around – that was probably the case even in Neutra’s time. You have to see the houses in their real surroundings to understand this contradiction. Of course, Neutra’s ideas cannot and should not be transferred 1:1 to the present; that would be anachronistic. But the optimism, which seems touchingly naive to us today, that the architect can and must do something good for humanity – and the high design standards that result from it – would sometimes do no harm today.