I was born and raised in Austria but spent most of my academic career in the U.S. As a result, most of my research, which explores the changing nature of journalism, is U.S.-focused. At the same time, most of my personal experience in doing journalism happened in Austria, because I was a reporter for broadcast news as well as political news in a newspaper before switching to the academic track. In a way, then, I’ve been looking for an opportunity to develop a research project with an explicit comparative perspective, trying to understand how the American way of doing journalism has influenced and shaped Austrian media since the end of World War II.

This research delineates American influences on Austrian journalism in two distinct phases in the evolution of Austrian journalism since 1945: (1) re-education and professional training by U.S. authorities in the context of the Cold War (1945-1970); (2) adoption of American formats like magazine journalism (Profil, Basta, Wiener, News), straight news journalism (Der Standard), and alternative journalism (Falter) as the traditional party press declined (1970-1995). Focusing on American influence in this context means identifying particular patterns that not only point towards a targeted diffusion of journalistic norms, routines, and practices from the United States to Austria. It also entails highlighting institutional arrangements as well as cultural and structural contexts in Austria that facilitated the adoption of American ideas and practices within the context of Austrian media. As Austrian journalists borrowed American formats, occupational norms and cultural values, they also modified them in significant and patterned ways.

A key publication for making sense of American cultural influence on postwar Austria is Reinhold Wagnleitner’s Coca-Colonization and the Cold War: The cultural mission of the United States in Austria after the Second World War. A groundbreaking work, which unfortunately is neither published as a book nor available in English, is an early work, a dissertation, by the acclaimed historian Oliver Rathkolb: Politische Propaganda der U.S. Besatzungsmacht in Österreich 1945-1950: Ein Beitrag zur Geschichte des Kalten Krieges in der Presse-, Kultur- und Rundfunkpolitik.

I’ve subscribed to several newsletters that reflect on current developments in journalism (Columbia Journalism Review, Poynter Institute, Niemanlab at Harvard University) because they keep me up to date about new developments and trends.

My intellectual role model is Michael Schudson, a professor at Columbia University and one of my predecessors at my current academic home, the University of California, San Diego. Michael combines profound conceptual thinking with astute empirical observations about the role of journalism in democratic life and, importantly, he does all of that by writing elegant prose.

I must admit that I’m absolutely biased when answering this question. I grew up in a remote area of lower Austria called “Waldviertel.” Even though the region is close to Vienna it is sparsely populated and structurally disadvantaged when it comes to economic development. However, the region’s natural beauty has also opened new pathways for a more gentle and sustainable tourism. You’ll find ancient castles and ruins at every corner and there is a growing infrastructure for bike paths as well as a variety of options for hiking, kayaking and other outdoorsy adventures.

I would have loved to meet with journalists of Jewish descent who had to flee from Austria during the Nazi regime or were killed in death camps during that time. They were the heart and soul of Austrian journalism in the early 20th century, and I would have loved to hear in person how they experienced the transition from Fin de Siècle Vienna to the end of the empire and ultimately the barbarism of the Nazis.

With two little kids that require my permanent attention, reading and watching anything that’s not related to work is currently a luxury. Whenever possible I watch Austrian movies on the media player of ORF, the Austrian Broadcasting Corporation. The most recent one that I really enjoyed was the documentary Die Dohnal by Sabine Derflinger, a movie about Johanna Dohnal, a pioneering champion for women’s rights in Austria. 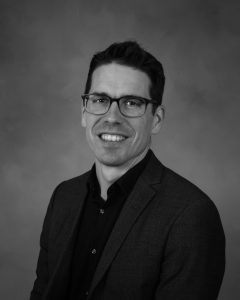