I attended the Salzburg Festival when I was performing (in a now defunct opera house) in Southern Germany in 2002. I was amazed by the incredible offerings and star-power of the festival and I was also fascinated by the positioning of music as central to Austrian culture, history, tourism, and trade. As an exchange student in Vienna 2004-2005, my curiosity about the transactional role and commodification of music performance was heightened. After a long break from the study and performance of music, I began taking musicology classes at the university where I worked as a librarian. My first class focused on twentieth century music and I decided to explore programs in the Salzburg Festival archive for my research paper. My interest was piqued by a recital series unique to the 1945 festival, held under American occupation, called “Österreichische Abende,” or Austrian Evenings. I recently published a revised version of this paper and think there is more to explore about the intersections of Austrian music and performers with American cultural policy and aspirations.

Austria is famous for its rich tradition of classical music and America has suffered from a self-conscious relationship with classical music. In 1945, both Austrian festival administrators and American occupiers found it strategic to leverage Austria’s rich musical heritage to assert a clean break with Germany, despite the various entanglements inherent in an Austro-German repertoire. In the next phase of my research, I am eager to explore the tensions between American and Austrian identity that were performed on musical stages during this period of occupation.

There is a vast literature on music in Germany in the wake of World War II, including excellent books by Abby Anderton, Amy Beal, David Monod, Pamela Potter, and Toby Thacker. This is less true of Austria, and especially in the case of English-language literature. Michael Steinberg’s Austria as Theater and Ideology: The Meaning of the Salzburg Festival is an exception and Robert Kriechbaumer’s Salzburger Festspiele: Ihre Geschichte von 1945 bis 1960 and Zwischen Österreich und Großdeutschland: eine politische Geschichte der Salzburger Festspiele, 1933–1944 are two must-reads.

The Salzburg Festival Archive has been a helpful resource to which I have returned time and again. As a librarian, I am familiar with the various costs associated with creating and maintaining digital archives. I am grateful that concert programs, performers, composers, works, venues, and date are all easily searchable on this platform.

Alma Mahler was the subject of my dissertation (“Taking Her at Her Work: Reconsidering the Legacy of Alma Mahler”) and although I would likely be too intimated to talk to her—I am a librarian’s librarian, after all—I would love to be a fly on the wall of any room she occupied. She has captivated my imagination for many years; I’ve heard her voice in recordings, seen countless images, studied her songs, and read her words, but I imagine that being in her presence has not been adequately captured in any of these media.

After I defended and completed my dissertation in May, a friend sent Brian Moylan’s The Housewives: The Real Story Behind the Real Housewives with a note that read “Dissertation’s done, time for fun!” Spoiler alert: it was fun. I remain in fun reading and watching mode, with Jane Harper’s The Dry and Bravo’s Real Housewives of Potomac queued up for pure pleasure, no guilt involved. 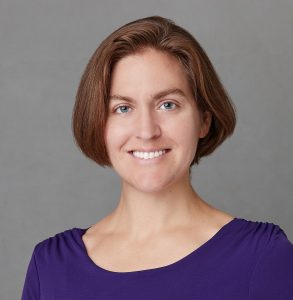 Rachel E. Scott received a BIAAS grant to conduct research on Austrian music festivals held under American occupation. The project will explore the tensions between American and Austrian identity that were performed on musical stages during this period and provide insight into the relationship between Austria and the United States as both countries made strategic…