My research project centers on the role of Austrian and Californian spa towns in the 19th century as regional innovation systems. It may be surprising, but spa towns were centers of economic, social, cultural, and scientific transformations – just like big cities and urban centers that are usually connected to modernization processes during the Industrial Revolution. I am especially interested how spa towns in remote and mountainous regions developed architectonically during the 19th century and how they embodied new ideas and concepts of architecture, landscape, and health. By comparing Austrian Alpine spa towns like Bad Ischl and Bad Gastein with spaces and landscapes of wellbeing in California, I’m trying to explain not only the entanglements of ideas of health between Central Europe and the US, but also what contribution architectural planning, urban and landscape design as well as visual representations of those spa towns had on the development of “healing architectures” in the avant-garde movement of the early 20th century. While the concept of “light, air, and sun” is traditionally attached with Modernism, I argue that 19th-century spa town architecture and landscape design had an important role not only on the discourse of the hygienic city but were also typological and design role models for the avant-garde. My aim is also to create awareness of the importance of concepts of spa town architecture and landscape for current challenges that we are facing, not only in terms of ecology and sustainability but also with regards to the question of how to design healthy environments for living and leisure.

I was always interested in the entanglements of landscape, architecture, topography, and climate, especially in mountainous regions. When studying Austrian-Hungarian architectural history of the 19th century, it’s basically inevitable to avoid its rich and diverse spa culture. So, I wanted to know more about it and in particular the influence of the historic spa towns’ architecture on modernism and the avant-garde movement of the early 20th century, for example in Vienna. 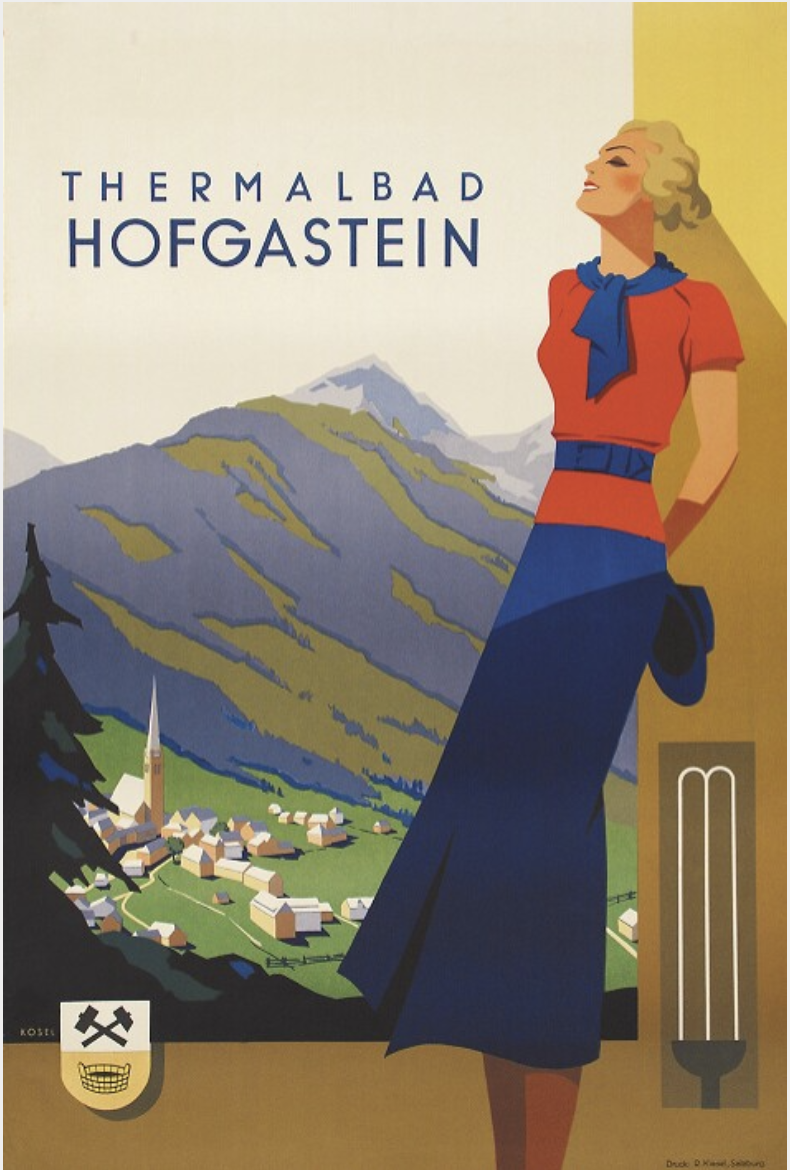 Until recently, the history of spa towns was written mostly as a pan-European one. Although some studies on “curing the colonizers” have touched upon spas in the global South, the relationships of the US and the European spas haven’t been researched in depth. However, given the exchange between medical doctors in Austria-Hungary and the US on spa-related issues, given the amount of published material on Austrian-Hungarian spa towns in the US and vice versa, and finally given the frequent visits of US-American guests to Central European spa towns, a transatlantic perspective is certainly enriching our view on spa towns as regional innovation systems.

Certainly, the long closure period of archives and libraries in Austria have affected my ability to collect original material, although, luckily, institutions like the Austrian National Library in Vienna have digitalized some material and can scan texts if requested. So, I gathered quite an amount of primary literature, mostly descriptions and travel reports on Central European spa towns. The biggest challenge for me insofar is the travel-ban/restriction for the US, so that I cannot visit the Californian spa towns nor research in the archives and libraries in the West.

What book are a must-read for your topic?

On one hand, I would say that the primary literature on spa towns dating from the 19th and early 20th century is a must read for a historian, next to the archival sources. But on the other hand, I gained a lot from studies in environmental history – e.g., David Blackbourn’s “The Conquest of Nature: Water, Landscape and the Making of Modern Germany” – but also from articles and books from the field of environmentally-informed historians of medicine that were speaking about the medicalization of places and the development of landscapes of health in the 19th century.

What is/was a high point of your research experience with this project? Any low points?

High points of my research are the personal visits to the historic spa towns, discovering the cities’ architectures and following the transformations of the surrounding landscapes. I think that it is really important for art historians to visit the examples you are writing personally and to see the subjects of your research with your own eyes. Not only to compare the current situation with the historical one but also to get an idea of space and time of architecture which you cannot achieve when reading a book or looking at a reproduction.

One of my field trips in the surroundings of Vienna has led me to Kaltenleutgeben (literally: “give something cold to people”) in the Vienna Forest. This tiny, rather unspectacular place was the location of the very first Austrian hydropathic establishment outside of Jeseník/Gräfenberg in Austrian Silesia, founded in the 1830s. The remarkably building dated 1835 has remained, although Kaltenleutgeben is no longer a spa town but offers a nice escape from the hot and dry Viennese summers.

Definitely the Viennese publisher and book trader Wilhelm von Braumüller! I’d like to ask him how and why he came up with the idea to publish over 100 volumes of “Braumüllers Badebibliothek”, a highly important source for my research and one of the reasons, in my opinion, why Austrian-Hungarian and other spa towns became popular destinations. I’d also like to know if this series was an economic success for his publishing house or not.

After a recent book review in the Frankfurter Allgemeine Zeitung, I just started reading David Schalko’s “Bad Regina” (2020), a somehow dystopian fiction on a not-so-well aged Austrian spa town which has some similarities with a certain and notorious Bad Gastein. And I’m trying to get a copy of “Hotel Polanów i jego goście” (Hotel Polanow and its guests), a Polish-East German-coproduction of the early 1980s that tells the semi-fictional story of a Jewish-owned health resort in Bohemia around 1914. The spa town represents the multi-ethnical and multi-religious world of the Austrian-Hungarian empire and its human and social decay during the events of the First World War. 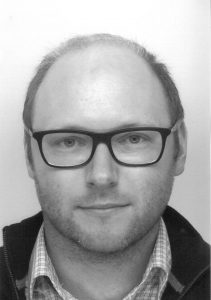 Dr. Oliver Sukrow received a $21,118 BIAAS grant for his research project “Alternative Spaces of Innovation. A Comparative Study of 19th-Century Spa Towns as Regional Innovation Clusters.” His interdisciplinary project aims from a historical-comparative perspective at exploring how 19th-century spa towns in Austria and California became regional innovation clusters. This project argues that innovation…