Vienna was an early Cold War site. Almost from the moment that Red Army troops liberated the city in April 1945, there was tension among the occupying powers. The mechanism for allied control and an agreement on occupation zones and administration of the Austrian capital were finalized in early July 1945, but the Western Allies occupied their sectors only in September. Rotating monthly, the Four Powers jointly administered the city center, the First District. The Americans occupied six adjacent districts: the seventh through the ninth, and the seventeenth through the nineteenth. In the summer of 1945, there were some 700,000 soldiers, mostly Soviet, in Vienna; that number dropped to 350,000 by year’s end, and to 120,00 the following year. The number of foreign troops, who were predominantly Russian throughout the occupation, later decreased to 60,000. The last Allied soldiers left Vienna only in July 1955, a decade after their arrival, when the Austrian State Treaty came into force. The Viennese experience of occupation differed significantly from that elsewhere Austria, both because of its quadripartite administration, and because of its size. While the population had declined to 1,323,000 at war’s end, Vienna was still by far the largest city in Austria, and it was now disproportionately female. Women outnumbered men by 270,000, reflecting wartime military losses. The American army’s initially strict policy of non-fraternization was relaxed in summer 1945 and it abolished altogether that September. In December 1945, the U.S. enacted the War Brides Act, permitting “alien” spouses, natural and adopted children of Armed Forces members, “if admissible,” to enter the United States as non-quota immigrants after the Second World War. Analysis of everyday life in occupied Vienna reveals that the world war did not constitute a complete break with the past. Elements of pre-Nazi administration co-existed alongside Allied policies after the war. Although the allied powers’ contradictory economic and political goals had the effect of modernizing and internationalizing the Austrian capital, ideologies that successive occupiers tried to impose had little effect on the management of social and health issues like prostitution and venereal disease, as the local administration and national government reinstituted laws and regulations that predated the Anschluß, even the Second World War.

I was interested the history of prostitution/daily life in twentieth-century Vienna. The wartime and the postwar eras are two time periods I wanted to do more research on.

The significance in this project is quite straight forward: The United States was one of the occupying powers of Vienna for the decade after the Second World War. Analysis of daily life in the American zone helps us better understand continuity and change in postwar/Cold War Vienna, against the background of growing American politico-economic and cultural influence.

How is the Covid-19 pandemic affecting your work?

Covid-19 has slowed my work down. I’m doing my secondary reading, but the pandemic has kept me from doing my project research in Vienna. I’m hoping to get there this summer.

What books are a must-read for your topic?

What was a high point of your research experience with this project? Any low points?

The high point is getting Botstiber funding, of course! Covid has been slowing things down, so that’s the low point.

I’m not sure how little known it is, but I really like Istria. I also like Slovenian Styria. And, finally, Austrian Silesia.

I’m not sure I’d like to speak to anyone person particularly, but there are a few historic events I’d like to have experienced: waltzing at the Congress of Vienna, the opening of the Prater, when electric lighting was switched on the first time on the Ring, and the 1908 Jubilee Parade in Vienna.

I’m reading Wilkie Collins’ Woman in White (1859) in the evening before I go to sleep. It’s about 600 pp long, so it’s taking a while. I read/reread non-fiction for my research. 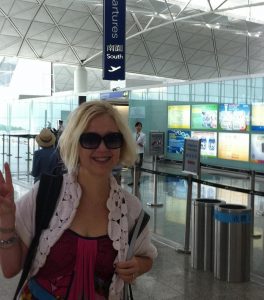 Nancy Wingfield received a $5,013 BIAAS grant for her book project on everyday life in Allied-occupied Vienna from 1945 to 1955, focusing on gender relations.   Her research offers fresh perspectives on the connections between sexual exchange and power relations by demonstrating that the Viennese experience of occupation varied by zone, age, class, familial structure,…