The socialist calculation debate, which began with an article published by Ludwig von Mises in 1920, transformed both how economists describe markets, and how philosophers and historians of science understand the character of human knowledge. I chose this topic for my dissertation after a long conversation over Zoom with a good friend during the winter of the pandemic. We realized that although scholars remain fascinated by this debate and have a sense of its importance, there is almost no historical research on the topic. Economists produced several valuable analyses of the socialist calculation debate at the time of the Soviet Union’s demise. But history did not end in 1989. Given the dramatic evolution of capitalism and the mixed economy since then, we thought a new approach to the problem of calculation would be worthwhile.

Mises, Hayek, and other participants in the socialist calculation debate had postwar careers in the United States. For this reason, the history of the debate is in part a history of the ascent of American power, and of the Americanization of economics.

What is a must-read book for your topic?

Klarë Tisch’s thesis, Wirtschaftsrechnung und Verteilung im zentralistisch organisierten sozialistischen Gemeinwesen (Wuppertal-Elberfeld: H. Scheschinskl, 1932), is an essential and enjoyable introduction to the socialist calculation debate. Tisch was a student of Joseph Schumpeter. She anticipated the mathematical contributions of later, better-known economists, such as Oskar Lange, with admirable rigor and a winning sense of humor.

I am obsessed with Oskar Morgenstern’s diaries, which are fully digitized and publicly available online thanks to a collaboration between the Archive for the History of Sociology in Austria in Graz and the Center for the History of Political Economy at Duke University. The diaries make for wonderful reading. They offer an intimate portrait of a young man coming of age in a difficult time and growing old in a changed world. Link: http://gams.uni-graz.at/context:ome

I read Mary Morgan’s The World in the Model before beginning my graduate program. I try to emulate her scholarship – patient, attentive, and imaginative.

I have longed to see Przemysl, the birthplace of my great-grandfather. I look forward to making the trip soon.

I would talk with Marie Jahoda if I could. She was the primary author of Marienthal: The Sociography of an Unemployed Community, which is really a masterpiece of twentieth-century social science. I’d like to ask her what she thought of the leadership of the SDAP during the First Republic, and about her clandestine activities under the Schuschnigg regime.

I’m watching the Netflix series Babylon Berlin to practice my conversational German. I’m continually delighted by the show’s sensitivity and historical fidelity in imagining the interwar world. This is particularly true with respect to contemporary science, technology, medicine. I showed my students a clip, too.

I’m reading Zachary D. Carter’s new biography of Keynes, The Price of Peace. It’s a marvelous book that reminds me of all the reasons I love economic history. 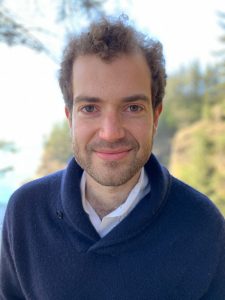 Ehrenfreund’s dissertation is a study of the socialist calculation debate, an intellectual exchange among interwar economists, journalists, and politicians who sought an economic theory for a socialist society. Using archival sources, Ehrenfreund presents a new interpretation of this debate in the context of contemporary shifts in the cultural meanings of calculation and the political valences…