My research documents how immigrants from Habsburg Austria influenced the development of two Colorado towns, Crested Butte and Aspen. Most studies of Austrian and Central European immigrants focus on urban industrial communities. Yet very little is known about alpine towns, such as Crested Butte, where Habsburg Austrians composed more than 70% of the population, which the 1920 Census says is the highest concentration of ‘Austrians’ in America. Likewise, Aspen has a fascinating planning and design history. Herbert Bayer, who was an Oberösterreicher and a Bauhaus Master, turned a ghost town into an “American Salzburg.” I will explore how Austria influenced Bayer’s design vernacular and decision-making.

I will also detail the transatlantic relationship between culture and design. More specifically, architects can improve their work if they have a better understanding of how previous generations gave space to abstract cultural feelings, such as togetherness or tradition. And sites where immigrants gather are ideal places to study because building layouts often had features that emphasized community-building and the continuity of culture. For example, the central meeting place in Crested Butte, the Croatian Hall, featured an open floor plan that had more in common with beer halls in Habsburg Austria than conventional American Victorian architecture. Meanwhile, Herbert Bayer built a warming hut on top Aspen Mountain that was explicitly meant to create a sense of Gemütlichkeit, which is definitely a foreign concept in mid-century modern American architecture.

The project has been a rare opportunity to connect my personal background and research interests. I went to college down the road from Crested Butte and Aspen. Plus a decade or so ago, I did some research on Aspen’s role in the 1970s Ecology movement. So I know the communities and their history.

I used to do a lot of research on the culture of mining communities. The lives of miners are more complex than pits, headlamps, and shovels. They have a group life that values conviviality and social connection. It’s a fascinating topic that caught my attention when I lived in Colorado, and I sort of knew that I would come back to it. I also research creative cultures, and you can’t do work in that field without name dropping Bauhaus.

As for my specific motivation, the project came together when I was writing a book about abandoned storefronts. I read an anecdote about how Aspen was a dead mining town until Herbert Bayer arrived with plans to build the new Bauhaus. At that moment, I knew what had to be done.

Habsburg immigrants are overlooked in the history of the American West. They dug the coal that powered the American economy. They had a large role in labor movements, especially the events leading to the Ludlow Massacre. And they built the ski hills that are now world famous.

Beyond the prevalence of Slav surnames in a few Western communities, there’s almost no memory of Habsburg immigrants. It’s a common historical erasure that is partly a consequence of a popular historical imaginary that venerates Real American rebels and outcasts. Yet most of the West’s settlers were immigrants who worked hard to build a life for themselves.

Like F. Scott Fitzgerald, I believe that there are “no second acts in American lives.” So I want to show that a change in scenery did not make immigrants break from their past – which means the development of the American West was rooted in a transatlantic connection.

I’m an ethnographer by trade. Researchers like me are vampiric. We descend on communities and enliven our work by talking to people. Without social connection, I’ve had to use different tools. Right now, I’m working with a method called building ethnographies. It was developed by Sarah Lopez, a Mexican-American researcher who wanted to understand how remittances from American cities influenced the design vernacular of rural Mexican villages. Basically, the method allows researchers to let buildings “tell the hidden stories of cultural change.”

I’ve also reached out to small community archives, like the Crested Butte Mountain Heritage Museum. These archives are usually run by volunteers who love local history. A lot of their knowledge is informal and based on oral history which is useful for me, because I can get perspective and a sense of how people lived. I’m also amazed by how much of the holdings in community archives remain unsorted and untranslated. The volunteers know what they have, but they can never get through it all. There are troves and tranches waiting for the right cultural or social historians.

My search for local knowledge got some resistance from research libraries. I’ve encountered multiple librarians who say copyright laws “preclude” research. I appreciate that some texts are so rare that they must be kept under lock and key. I also get that mishandling can damage a book or degrade a photograph. I don’t, however, understand why there is a need to use an idiosyncratic interpretation of copyright law to keep a collection out of view.

For my research: We Are All Brothers: The Slavic Fraternal Lodges of Crested Butte by Michele Veltri. I have not been able to get my hands on a copy in physical or digital form. Historians say it’s essential reading, and librarians tell me it’s missing or unavailable. As far as I’m concerned, the book will never be found–which makes it a special kind of must-read.

What is a high point of your research experience with this project? Any low points?

For me, research is less about highs and lows, and more about the gradual and the sudden. Like the coal miners I study, I spend my day at the seam and hope that there is light at the end of the tunnel. I dig through texts for anything of value. And little by little, my work gradually adds up until I suddenly have something useful. The problem is the graft required for the sudden to happen.

The comparison between coal miners and myself is not fair. Hard labor broke their bodies and, for them, the dangers were more dire than an uncited paper or poorly attended panel. But some struggles are shared: Daylight is rare, toil is unseen, and the richest vein of source material is found by digging deeper.

I like Hochfilzen. For cross country skiers and biathlon superfans, it’s definitely on the map, but they’re not a large demographic. A friend of mine has a farm outside the village. They have a good life. It’s a place where people spend their mornings with the cattle, afternoons hiking, and evenings in the company of friends and family.

I met Franz Klammer when I was a kid. I think I said something vapid, and now want to make sure we’re cool – though our interaction was probably an everyday occurrence for someone like him.

I learned to ski on a tiny hill in upstate New York called Brantling. It was owned by Austrians. The place was Little Austria, and World Cup skiers – like Klammer, Hans Enn, Hansi Hinterseer, and Karl Schranz – were icons. While other kids at school talked about Jim Kelly and Andre Reed, I was the weirdo reciting Klammer’s podiums.

I just finished Stefanie Sargnagel’s Dicht. She’s an essayist and cabaret artist. But I think she’s the greatest ethnographer since Bill Buford. Sargnagel understands Wien. She knows every pub and squat in the city, and is happy to tell their stories in detail.

I recently binged every British gangster film ever made. Get Carter is a classic. Layer Cake should be considered a James Bond prequel. And if you ever want to make sense of Britain’s future relationship with the European Union, watch The Long Good Friday. A critic called it an exercise in “post-imperial delusion, British parochialism and geopolitical cluelessness.” 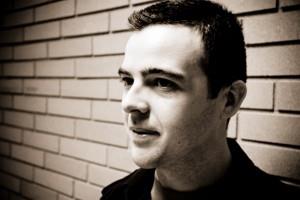