When I started my dissertation research year in Germany, I had initially wanted to write about Czech-speaking immigrants in the late 19th, early 20th centuries but wasn’t sure if I had anything new to say. Very near the beginning in the Saxon State Archives I found some volumes entitled “Transit of Foreign Emigrants through Saxony and the Registration Station at Leipzig.” They contained police protocols, embassy appeals, and business letters pertaining to this massive movement of people from Austria-Hungary and Russia overseas via Germany. That’s all I wanted to work on, which is a good sign for a project that might take 10 years!

In retrospect, I had found Ellis Island and migrant experiences there fascinating when I first read about it in 5th grade. Maybe it’s a general curiosity about why and how people move.

The United States was the main receiving country for emigrants from Austria-Hungary. US immigration regulations thus had a massive effect on the pre-boat departure screening system and checkpoints on the continent and in Britain. Aristide R. Zolberg refers to this US influence as “remote border control,” though I argue the German state had its own internal rationalizations for its registration and control station system.

As much as I enjoy digitized and printed primary sources (especially because I can then sit on the couch and drink coffee), on-site archives open many unexplored research avenues. Not very many immigrant memoirs or autobiographies describe the journey to the United States (who likes to remember motion sickness?). Bureaucratic sources, however, detail the different strategies and methods migrants used to cross borders as well as their reactions to the screening system.

The scholars I admire the most are the ones who have respect for others regardless of professional status. Along with their excellent work, my mentors in grad school really emulated this. Academia right now is really a game of luck as much as merit, and I think most people recognize that.

I love taking the train from Dresden to Prague, or vice versa, along the Elbe Valley. The landscape is beautiful, and it’s fun to watch and hear the languages change.

In the archives I found a 1920 statement by an Austrian nurse named Anna Soukup. She got caught up in the Russian Civil War while part of a Red Cross typhus mission in Ukraine and was at one point forced to work for the Bolsheviks. She was actually testifying against an Austrian Communist, a bit of a hothead, who, on the internee transport via Hamburg, heard her saying she thought circumstances were better in Austria than in Russia. He shipped her back to Moscow, and she had to make her way home again. There’s so much information missing about her journey that I would like to ask her about.

I’m currently reading The Next Great Migration by Sonia Shah. It’s a really great breakdown of the notion of migration as a “problem” instead of a natural method of adaptation.

I just saw La Ciénaga and thought it was electric. I can’t wait to watch the rest of Lucrecia Martel’s films. 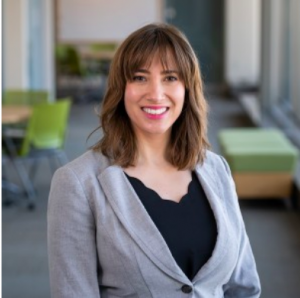 Dr. Allison Schmidt has received a $15,000 research grant for her project "Emigration Routes from Austria-Hungary," a focus on emigrant journeys to the United States in the late-nineteenth, early-twentieth century. Archival research in Austrian and Czech Archives will contribute to an article on the subject and a book on state surveillance of the transmigrants in...