Skip to content
Fur Pelts and Fascination: Native Americans and the Habsburg Monarchy 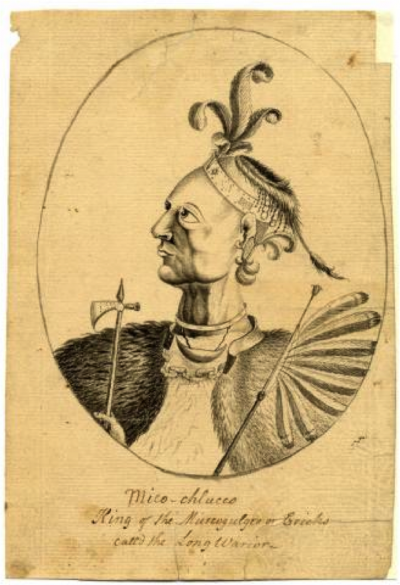 Fur Pelts and Fascination: Native Americans and the Habsburg Monarchy

During the summer of 1785, a middle-aged man and his seventeen-year-old son entered a house in New York City. Inside were three men but only one rose to greet them. An impressively tall figure, standing at 6’6”, he warmly invited them to share some of the finest Madeira wine. Such an encounter might sound like the beginning of a meeting between George Washington and some friends, but it wasn’t.

The man and his son quickly observed the peculiarities of their hosts. All of them, the father later noted, “mutilated” their ears with silver pendants. They had also pierced each nostril with large silver rings and covered their faces with bear grease and added red pigment to their dark hair. These were the firsthand impressions of members of the Oneida Nation by the Habsburg Monarchy’s first representative in the United States.[1]

How had such an extraordinary meeting come about? The answer lies with the wider effects of the American Revolution in Central Europe. The Revolution had awoken the interest of merchants within this region for transatlantic trade. And faced with the new opportunities this route brought, Austrian merchants began to dream that direct trade would lower the costs on staple Native American goods such as spices, dyes, and especially furs which were popular in Central Europe.[2] The Monarchy’s trade representative, Baron de Beelen-Bertholff, therefore saw gathering intelligence about possible direct trade with the Native Americans as one of his highest priorities.

Beelen made constant mention of the situation of various Native American nations in his reports. He monitored American relations with the Chippewa, Delaware, Ottawa, and Wyandotte Nations, as well as the alliance between the Mohawks and Cohnawaghans in the Great Lakes region.[3] The British treaties with these groups, Beelen suggested, could serve as a model for a potential Habsburg treaty that would allow the Habsburgs to undercut European rivals and flood their markets with the luxury goods produced by the Native Americans.[4]

The quest for cheaper trade drove another Habsburg representative in Untied States to broker contact with the Oneida as well. Joseph Donath arrived in Philadelphia at the end of 1783 as a private representative for a consortium of Austrian merchants in Vienna.[5] He set up shop between the corners of Market and Chestnut Street, selling shoes, hats, fabrics, and glassware from the Habsburg Monarchy, which he hoped would raise enough money to buy cheap furs and send them back to Vienna.

Donath met with Beelen and upon the latter’s suggestion he travelled to the lands of the Oneida in today’s upper New York state. There he scouted for suitable products and planned future ventures to Fort Pitt and Fort Detroit further west. In 1785, however, his commission expired. No direct trade or treaty had materialized from either Beelen or Donath.

Yet this lure of new commerce began a new connection between the Habsburgs and Native Americans. Previously, Habsburg conceptions of Native Americans had come through the religious and political conquests of the New World. In the 17th and early 18th centuries, Habsburg-born missionaries proselytized among Native Americans. One of them, the German-Moravian Friedrich Post, even married into the community. But some fared much worse, like the Styrian-born Johann Ratkay whom the Tarahumaras poisoned in 1688 for his incessant preaching. Eighty years later the Moravian Jesuit Martin Steffl produced the first Tarahumara dictionary.[6]

This conversion trope was further reinforced by the arts in the Habsburg Monarchy. Voltaire’s eighteenth-century theatrical hit Alzire ou les Américans frequently featured in theatres at Prague and Vienna. Thanks to a Hungarian translation, Alzir, vagy az amerikánusok, by the poet József Péczeli, its influence extended even further in Central Europe. Later works like György Bessenyei’s Der Amerikaner began to describe Native Americans as “Children of Nature,” and was also translated into Hungarian.[7] By the 1780s the Habsburg cultural image of Native Americans was as a proud and noble people.

Beelen’s reports had crucially informed this view. His personal fascination for Native Americans was clear. Throughout his reports, Native Americans were depicted as organized, bold, and great potential partners. In one report he sent back a portrait of a former chief of the Seminoles, highlighting his similarity in titles and manners to the Holy Roman Emperor.[8]

Beelen’s reports sharply conveyed the disparity between the Native Americans and the United States of America: the US was weak and the indigenous nations were powerful. Beelen described how the latest President-elect of Congress, John Hancock, was “in such a tottering state of health that it is doubtful whether and when he will be able to go to New York” to take up his position and also noted that Benjamin Franklin was “is in his eighty-first year of age.” .[9] The leaders of the new republic seemed aged, exhausted by war and in a state of disarray following the conclusion of the War of Independence. In contrast, leaders of Native American nations appeared as strong rulers who followed similar, although exotic, forms of custom, dress, and ceremony and functioned in “equivalent to our title of emperor” or as “fathers of guardians.”

A perhaps unexpected connection in Austrian-American history, the fascination of the Habsburg Monarchy for Native Americans is a crucial part of understanding early Austrian-American relations worthy of further exploration.

[5] See ‘The Missions of Donath, Reyer, and Weinbrenner’ in Chapter Five, ‘If His Imperial Majesty Should Think Fit: The First Habsburg Representatives in the United States of America 1783-1789,’ in Jonathan Singerton, ‘Empires on the Edge: The American Revolution and the Habsburg Monarchy, 1763-1789,’ Unpublished PhD Dissertation (University of Edinburgh, 2018), 163-166. See also https://www.amphilsoc.org/blog/aps-and-central-europe-bumbling-beekeeper-bohemia

On the Oneida Nation and their history, including their role in the American Revolution: http://www.oneidaindiannation.com/revolutionarywar/

More on the fur trade: http://www.mpm.edu/content/wirp/ICW-146.html