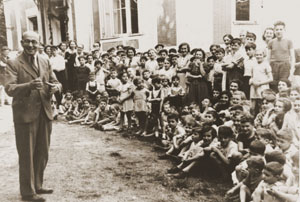 Lilly Maier has written a recent biography of Ernst Papanek, Auf Wiedersehen, Kinder!: Ernst Papanek. Revolutionär, Reformpädagoge und Retter jüdischer Kinder.  In this podcast (below), she discusses the remarkable life of the Viennese-born socialist and educator. Already in exile from Austria, Papanek became the director of four homes in France for Jewish refugee children fleeing the Nazis in 1938. Influenced by the Austrian School Reform ideologies of the Social Democrats during “Red Vienna,” his approaches to these children’s education and psychological well-being were thoroughly innovative. 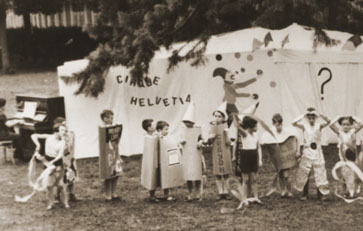 When he and his family had to escape France, they immigrated to New York. Papanek worked on rescue efforts with NGOs and people like Eleanor Roosevelt via an American Kindertransport to save the refugee children left in France from the Holocaust. Later, as the Director for the Wiltwyck School for Boys in New York, he would repeat his earlier approaches with the Jewish refugee children in France with the young population there. As for his Austrian Social Democratic roots, he transplanted them in his new home which become known as “Little Vienna,” hosting Bruno Kreisky, Franz Jonas, Bruno Pittermann and Hans Mandl whenever they came to New York. 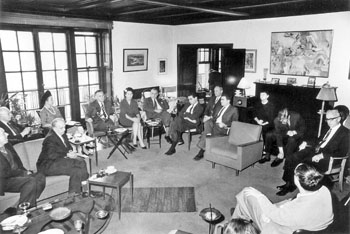 “. . . Papanek was so sure that collective housing was the best way for refugee children and for unaccompanied minors because he really believed in this healing kind of atmosphere of being among peers going through the same. Of course this today is a big discussion when we have child refugees coming to Europe or to America from Mexico, and you have this whole discussion about what should we do with the children. And of course, often the first impulse is that a child belongs to a family but this family does not speak the language of the children, and it does not have the same religious or cultural background. It can be much more traumatic for a single child to be put into this foreign environment than this same child to be put into a group home where it’s among peers. . .”

Lilly Maier is a historian and author. Her most recent book,  Auf Wiedersehen, Kinder!: Ernst Papanek. Revolutionär, Reformpädagoge und Retter jüdischer Kinder, (2021) is published by Molden/Styria. In 2018, she published Arthur und Lilly, the biography of a Holocaust survivor who – as a boy in the 1930s – used to live in the same Viennese apartment as Maier in the 1990s. Currently, she is a doctoral candidate at the University of Munich. Her dissertation project, “If you only knew what it would cost me to leave Rivesaltes” – Between rescue and self-help: Jewish rescuers in France during the Shoah, compares biographies of Jewish women who supported or rescued Jews in France to counter the preponderance of work on male rescuers.

Images are courtesy of Lilly Maier and the Papanek family.