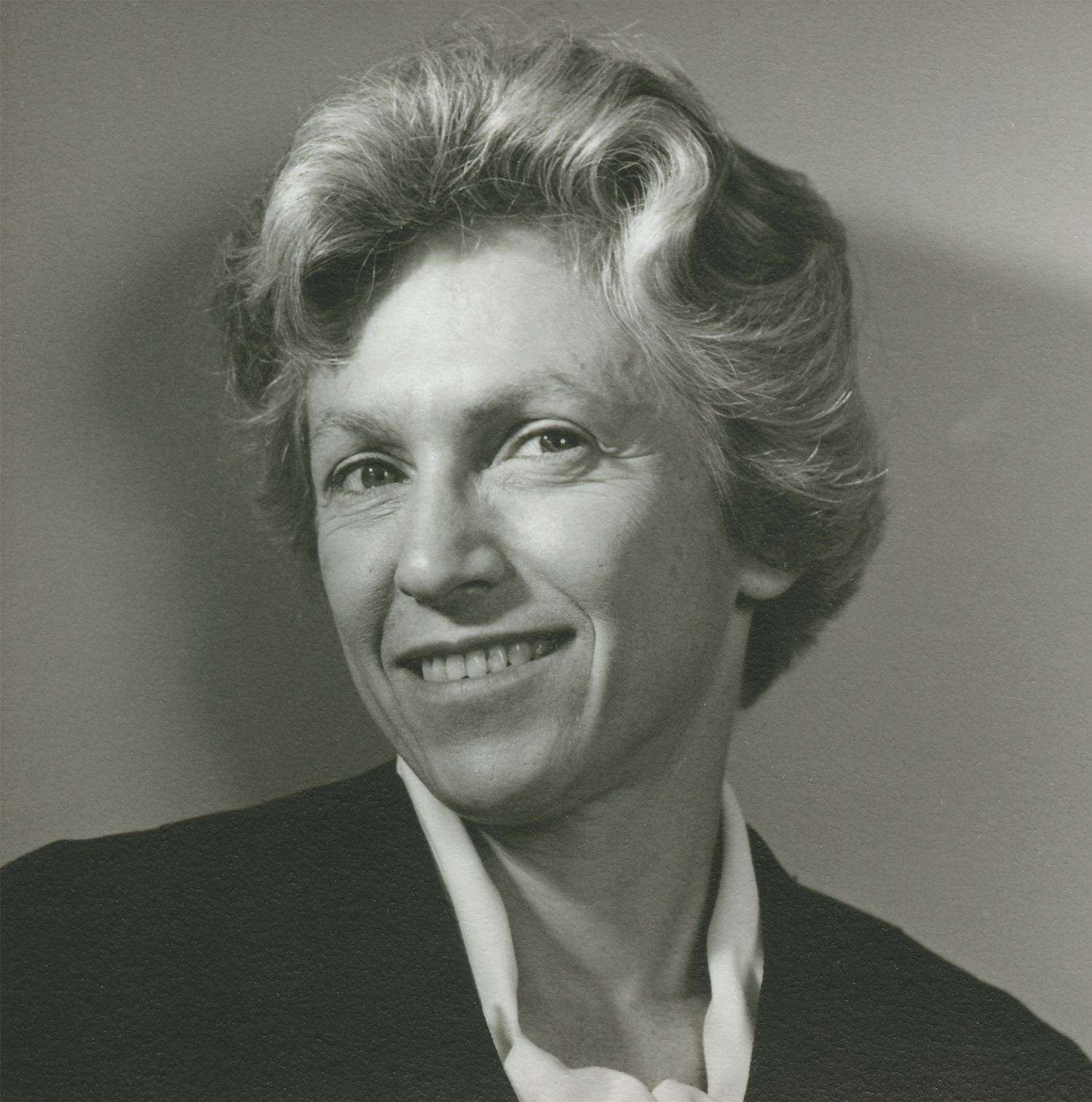 In 1932, when Elizabeth Scheu left Vienna to complete her education at the Massachusetts Institute of Technology (MIT), she came armed with considerable knowledge of European modern architecture, a subject about which little was popularly known in the United States at the time. However, her arrival coincided with a groundbreaking exhibition at New York’s Museum of Modern Art that introduced Americans to a revolutionary new take on architecture and coined the phrase the “International Style.”

The show Modern Architecture: International Exhibition featured the work of a host of European architects including Walter Gropius, founder of the Bauhaus in Weimar, Germany, Ludwig Mies van der Rohe, who would later lead the Bauhaus in its Dessau location, Austrian Richard Neutra, who was then practicing in California, and Charles-Édouard Jeanneret, a French-Swiss architect known as “Le Corbusier.” Lisl would have been familiar with the work of these architects and she knew Neutra personally. Work by Adolf Loos, the architect who designed her childhood home, the Scheu House in Hietzing, Vienna, did not appear in the show, but he was referenced in the exhibition catalogue as a pre-World War I architect with “radical tendencies.”[1] While the International Style had arrived in the US via the museum exhibition, most European proponents of it remained overseas. Lisl’s move to the US in 1932 predated a major wave of immigration by architects in the late 1930s, such as Gropius, Mies van der Rohe, and Marcel Breuer, who would irrevocably shape architectural education in America. When she moved to Minnesota in 1936, she was the first European-born modern architect in the state.

Lisl’s design philosophies were influenced by Loos and the architects of the International Style with regard to their preference for volume over mass, planar surfaces devoid of ornamentation, the use of industrial materials, and architectural forms that followed a building’s function. But her aesthetic was also tempered by Austrian modernism and the Viennese architects of the 1920s and 1930s. Shortly before she left Austria for America, she visited the Werkbundsiedlung, an experimental housing development built a little over a mile from her home. The siedlung, or settlement, opened to the public on June 5, 1932 as the “Vienna International Werkbund Exhibition.” Organized by architect and designer Josef Frank, a leading proponent of Viennese modernism (and a visitor to the Scheu House), the exhibition featured seventy fully-furnished, single-family dwellings and row houses designed by Frank, Loos, Neutra, Margarete Schütte-Lihotzky, Oskar Strand, Oskar Wlach, Josef Hoffmann and other influential Austrian architects. Today the exhibition is remembered as “among the most important architectural documents of Austrian modernism.”[2]

For Lisl, the Werkbundsiedlung was an opportunity to consider the ways in which multiple architects applied modern ideas and new technologies to residential design. It was also a built expression of the “Neues Bauen,” or New Building era in Vienna. The movement was “not primarily concerned with aesthetic or theoretical principles of design and form, focusing rather on the individual needs of the occupants.”[3] As Austrian architect and critic, Judith Eiblmayr has observed, Lisl was influenced by the architects of the Neues Bauen who practiced “a Viennese kind of modernism that always had a social agenda.”[4] This tenet, coupled with her admiration for her father’s humanitarian work in housing reform in post-World War I Vienna, would further define the character of Lisl’s architectural designs.

After completing both her undergraduate and graduate degrees in architecture at MIT in 1935, she focused on finding work. She had the misfortune to do so during The Depression when jobs were scarce. As a rare woman architect in a profession dominated by men, she faced additional obstacles. Lisl applied to three firms that were producing modern work and/or housing: William Lescaze of New York would not hire her because he feared a female would be a distraction in the drafting room. Richard Neutra said she was welcome to come to California to work for him if she paid him a monthly fee for the privilege. Philadelphia-based Oskar Stonorov, with whom she shared European roots and socialist leanings, hired her. For Stonorov she worked on Westfield Acres, a PWA-funded federal housing project in Camden, New Jersey.

At the invitation of Winston “Win” Close, a graduate school classmate at MIT, she moved to Minnesota in 1936. There, for the firm of Magney and Tusler, she worked with Win on Sumner Field Homes, a federally-funded, low-income housing project in Minneapolis. In 1938, Lisl and Win established their own firm, Close and Scheu––the first practice in Minnesota dedicated to modern design. When they married later that year, the firm became Elizabeth and Winston Close, Architects.

Modern design had not yet taken root in Minnesota when the firm designed their “Opus One,” the 1938 Faulkner House in the Prospect Park neighborhood of Minneapolis. Commissioned by three bachelor University of Minnesota professors, the unadorned rectangular geometry of the flat-roofed house was the first in Minneapolis inspired by the International Style. Because the house consisted of simple volumes, Lisl and Win selected materials that fit the straightforward character of the house, including horizontal redwood siding, resin-bonded plywood, and Homasote, a durable material not conventionally used in residential construction. The house led to a string of commissions among university faculty members, most of whom were in the vanguard of their respective fields. However, like the Scheu House in Vienna, for many people the boxy, modern residence was a startling visual assault on the neighborhood. In fact, when a passerby suffered a fatal heart attack in front of the house, once source suggested that the shock of seeing the extreme modern house might have been to blame.[5] Importantly, the house raised awareness of the evolving role of modern design in residential architecture. 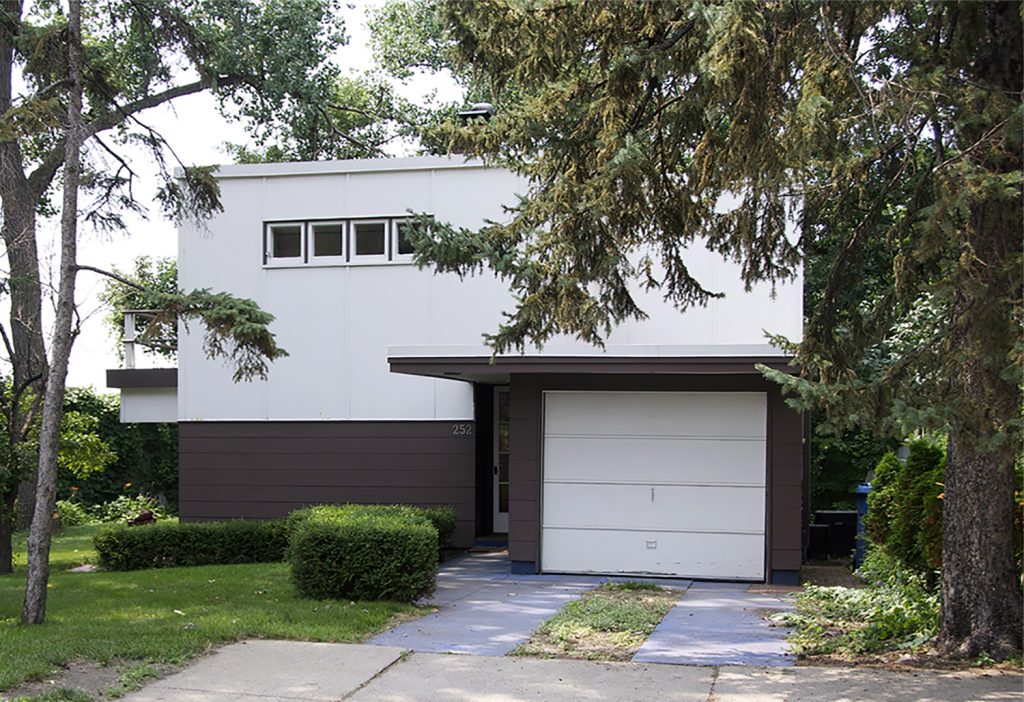 The Faulkner House (1938) was the first residence in Minneapolis, Minnesota, influenced by the International Style. Photograph by Jane King Hession.

The Closes suspended their practice during World War II. While Win served in the Navy, Lisl went to work for the Page & Hill Company of Minnesota designing prefabricated housing for defense workers. The company hired her based on her undergraduate thesis at MIT on a production plant for prefabricated houses. After the war, the company segued to the production of prefabs for a new generation of homeowners. Lisl created dozens of plans for the company, each one engineered to pack and ship in a single truckload. More than ten thousand houses were produced from her designs. Factory-made homes were a fast and inexpensive way to populate burgeoning American suburbs, or to house an influx of workers in a new company town, as was the case on the Iron Range in northern Minnesota where her houses were shipped during the taconite boom. Although she claimed the houses were “just ordinary” and “not very modern,” they did address a pressing contemporary need: the rapid mass production of affordable shelter.[6]

During the Cold War, one of Lisl’s “ordinary” houses played an extraordinary role in a highly publicized, propagandistic display of the benefits of life under American system of democracy. In 1950, the US State Department selected a Page & Hill “Jubilaire” model to travel behind the Iron Curtain to serve as the “Model American Home” at the first German International Industrial Exhibition in Berlin. The modest house was a domestic companion piece to the George C. Marshall House, an International Style trade pavilion that symbolized the European Recovery Program and America’s role in it. During the two-week run of the fair, more than 43,000 enthralled visitors, many from the Soviet sector of the city, visited the six-room house, which was equipped with the most current conveniences and comforts of American domestic life including a thermostat-controlled furnace, electric range, washing machine, vacuum cleaner, Mixmaster, and television. The State Department declared the display to be a “gratifying demonstration of what can be accomplished in selling the American democratic way of life.”[7] Lisl was not credited for the design of the house publicly or in any now declassified State Department communications. 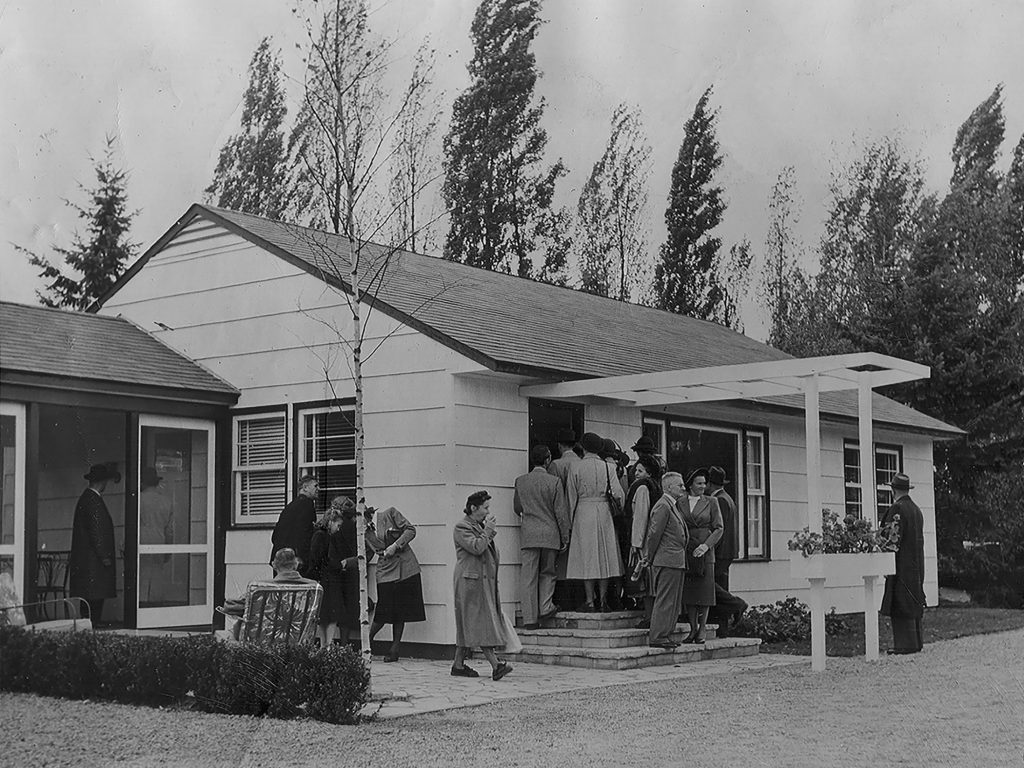 The Closes reopened their practice in 1946. That same year, Win embarked on a twenty-five-year teaching career at the University of Minnesota, where he would later become head of campus planning and advisory architect. Lisl assumed leadership of the practice and was head designer. The firm would become known, primarily, for its modern residential designs which stressed a “contemporary approach to design, with emphasis on conservation of topography and trees, natural materials, and blending of house and site.”[8] As an architect, Lisl was “interested in solving a problem, not being stylistic.”[9] Her overarching goal was to create buildings that were durable, attractive, easy to maintain, and would serve a homeowner long and well. The largest collection of the roughly 250 houses she planned is in University Grove, a University of Minnesota-owned neighborhood of 103 architect-designed houses in Falcon Heights. Included among the 15 Close-designed houses in the Grove is the home Lisl and Win designed for themselves and their three children in 1953. 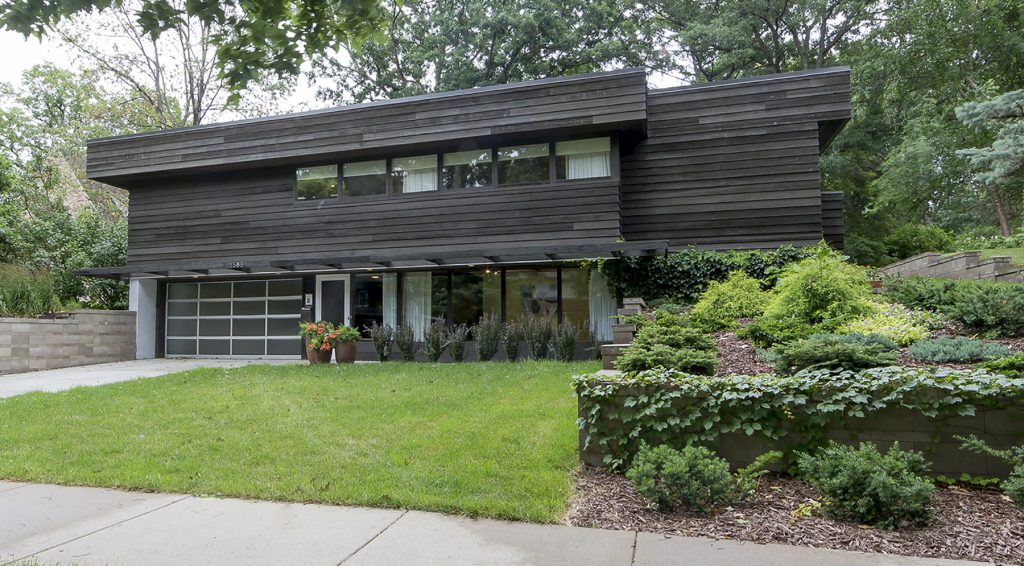 In 1953, Elizabeth and Winston Close designed a house for their family in the University Grove neighborhood of Falcon Heights, Minnesota. Photograph by William B. Olexy.

Lisl, who remains virtually unknown in her home country, was an active member of the architectural profession locally and nationally during her long career in the United States. She was the first female president of AIA (American Institute of Architects) Minnesota and, in 2002, became the first woman to receive that organization’s Gold Medal, the highest honor it bestows. Despite such barrier-breaking achievements, she disliked being labeled a “woman architect,” preferring instead “an architect who happens to be a woman.” It was the work that mattered, and she believed her skills and accomplishments needed neither embellishment nor qualification because of her sex.

Elizabeth Scheu Close died in Minneapolis in 2011. A memorial service was held six months later on her one-hundredth birthday. In a nod to her Austrian social democratic roots, those in attendance sang the “Lied der Arbeit,” composed by her grandfather Josef Scheu 145 years earlier. 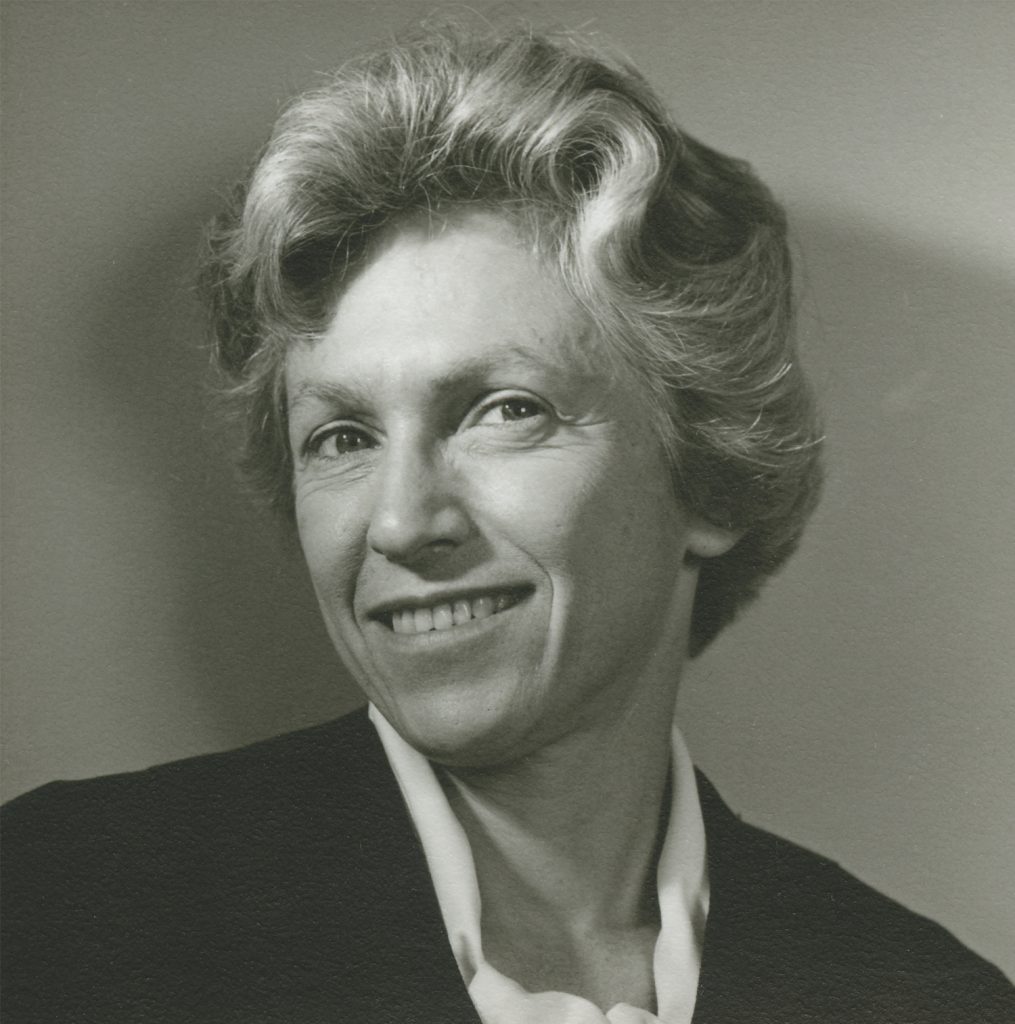 Jane King Hession is a Minneapolis-based architectural historian specializing in modernism. She is the author of Elizabeth Scheu Close: A Life in Modern Architecture (University of Minnesota Press, 2020). A former president of the Frank Lloyd Wright Building Conservancy, she is the coauthor of John H. Howe, Architect: From Taliesin Apprentice to Master of Organic Design, and Frank Lloyd Wright in New York: The Plaza Years, 1954–1959. She earned her M.Arch from the University of Minnesota.