Skip to content
Early America and the Habsburg Dynasty 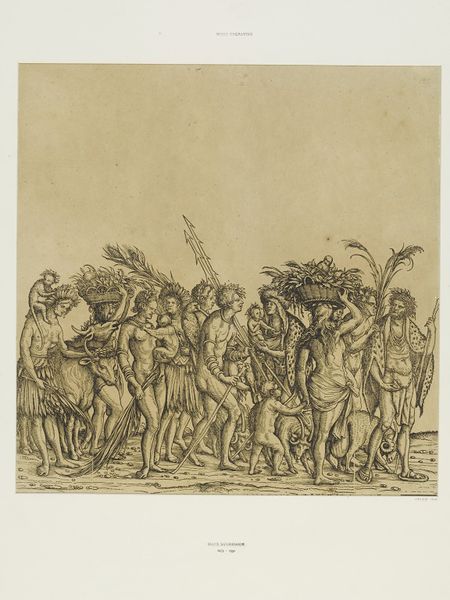 Early America and the Habsburg Dynasty

The Columbian voyages in the 1490s captivated the European imagination with the discovery of the New World. Encounters with indigenous inhabitants informed the European perspective on the Americas. Missionaries and clergy coloured prevailing views with religious explanations. Wondrous tales of the exotic and unbelievable reached European audiences as the concept of an American cosmos entered firmly into the zeitgeist. It was a Columbian (re)discovery, a Spanish victory but a European-wide event in which even rulers with no claim to the Americas sought to insinuate themselves into its power and dominion.[i]

At the end of the fifteenth century, the Austrian Habsburg dynasty was not the one we may instinctively recall today as the ruling clan over nineteenth-century Austria-Hungary. Instead Bohemia and Hungary were independent kingdoms. Habsburg Spain had not yet been joined in the person of Charles I/V. The Austrian dominions were fragmented as several duchies and, up until a few years before Columbus’s landing in the Bahamas, had been conquered by the Hungarian King Matthias Corvinus. Emperor Maximilian I’s reconquest of the Austrian territories, as well as his addition of the Tyrol, consolidated his reputation. The New World became a further consolidator for him as source of prestige through association, though he lacked any actual claim to them.

In the early 1500s, Maximilian sought to commemorate his achievements in a piece of imperial propaganda. He ordered the completion of the Triumphal Procession, a series of woodblock prints spanning 54m in total length as a result. Conceived by Maximilian himself and an Austrian cartographer before being worked on by several artists, including Albrecht Dürer and Hans Brugkmair, the series depicted a fantastical allegorical train of carriages containing the emperor’s subjects proclaiming his glory. One such group was the warriors of Calicut, a sixteenth-century term denoting Americans. Half-dressed in feather skirts and headdresses, erroneously clutching European bladed spears, the ensemble reflected the new cognizance of America in the Habsburg mind. On another plate, the people of Calicut appear; bare-breasted women carrying bountiful produce, tending to oxen and rams while one features a monkey combing her hair and headdress. Maximilian sanctioned an accompanying verse to reinforce his association to the Calicut and ties, though imaginary, to the New World: “The Emperor in his warlike pride, conquering nations far and wide, has brought beneath our Empire’s yoke the far-off Calicuttish folk,” ran the verse.[ii] Although no actual conquests had been made in the name of the emperor, such inclusion of New World figures alongside other subjects projected an involvement in the New World.

Maximillian laid further claim to an unfamiliar New World in his plans for the Triumphal Arch, which included the ‘1,500 islands’—a reference to Columbus’s letter about 1,400 sighted islands in the New World—as one of his patrimonial crests adorning the monument.[iii] Such was Maximillian’s public desire to be associated with the Americas, it was only fitting that the first Latin publications by German publishers of Amerigo Vespucci’s voyages—which capitulated his prominence and helped enshrine the name America for the new continent—bore dedications to Maximilian, thus propagating his association and building up this myth.[iv] By incorporating America, Maximilian served to revitalise his image as a modern ruler, bringing the new, wondrous and exotic to the people in such public processions and prints. He was the first but by no means the last Habsburg ruler to seek to power through association with America.

Amassing New World objects for semi-private display was another route to utilise America for personal enhancement. The Emperors from Maximilian I through to Rudolf II all collected New World curiosities for their wonder cabinets (Wunderkammern). Maximilian’s daughter, Margaret of Austria was one of the earliest collectors owing to her brief second marriage to Don Juan, son of Ferdinand and Isabella of Spain in the 1490s. Perhaps more realistically than her father, she saw herself as a future ruler over the newfound dominions over which the Spanish monarchs had claimed complete sovereignty. By 1524, she had acquired nearly 200 New World artefacts.[v] Emperor Ferdinand I (1503-1564), who was born and raised in Spain, prized his collection of Americana as examples of the most ingenious objects he owned. His son and heir, Maximilian II (1527-1576), followed much the same interest as his father, instructing his ambassador in Madrid to collect the rarest and most spectacular New World objects. Ferdinand I’s other son, Ferdinand (1529-1595) who ruled as a sovereign in the secundogeniture of the Tyrol and Further Austria, also placed great value on obtaining and exhibiting Americana. His most notable possessions included Aztec feather garments, headdresses, and shields.[vi]

Dreams of owning the New World and of reconnecting with Spain persisted throughout the dynastic line of the Austrian Habsburgs. The father of Maria Theresa, Emperor Charles VI (1685-1740), yearned to recreate a Spanish-Austrian world empire centred on the colonial conquests in the New World.[vii] Charles contorted the Central-European space he found around him towards such a vision. He filled the court with Spanish personnel and reformed institutions to be more like Spanish colonial enterprises. The Karlskirche in Vienna became perhaps the most tangible manifestation of his broadest aims with its dual columns representing the Pillars of Hercules at the Straits of Gibraltar opening out to the Atlantic. “Through these pillars,” notes the biographer of Charles VI and historian William O’Reilly,  “Charles was connected with the Spanish empire overseas and with a world dominion.”[viii] This Spanish-New World influence was still alive and well in the generation of the American Revolution. Maria Theresa’s court processions as well as portraits of her and her husband Francis Stephan boldly showed off Spanish-styled clothes and fashions.

By cultivating the association with America and later the Spanish-American empire, Habsburg rulers attached themselves to the novelty and importance of the discovery of the New World. By doing so, these rulers sought to project wealth and power through their cultivation of novel discoveries and imagery. New World artefacts and depictions imbued their rulership with a greater sense of modernity and universality. For scholars of Austrian-American relations such sentiments should call our attention to the longer history of these relations as well as the larger connections they formed. For centuries, from the beginning of the Columbian expeditions to the New World, America has been a symbol of evolving interpretation, and, at times, appropriation in the minds of the Habsburg world.

Annemarie Jordan Gschwend, “The Emperor’s Exotic and New World Animals: Hans Khevenhüller and Habsburg Menageries in Vienna and Prague,” in Arthur MacGregor, Naturalists in the Field: Collecting, Recording and Preserving the Natural World from the Fifteenth to the Twenty-First Century (Leiden: Brill, 2018), 76-103.

The Aztec feather headdress of the Kunsthistoriches Museum, Vienna via https://www.habsburger.net/en/media/feather-headdress-c-1520