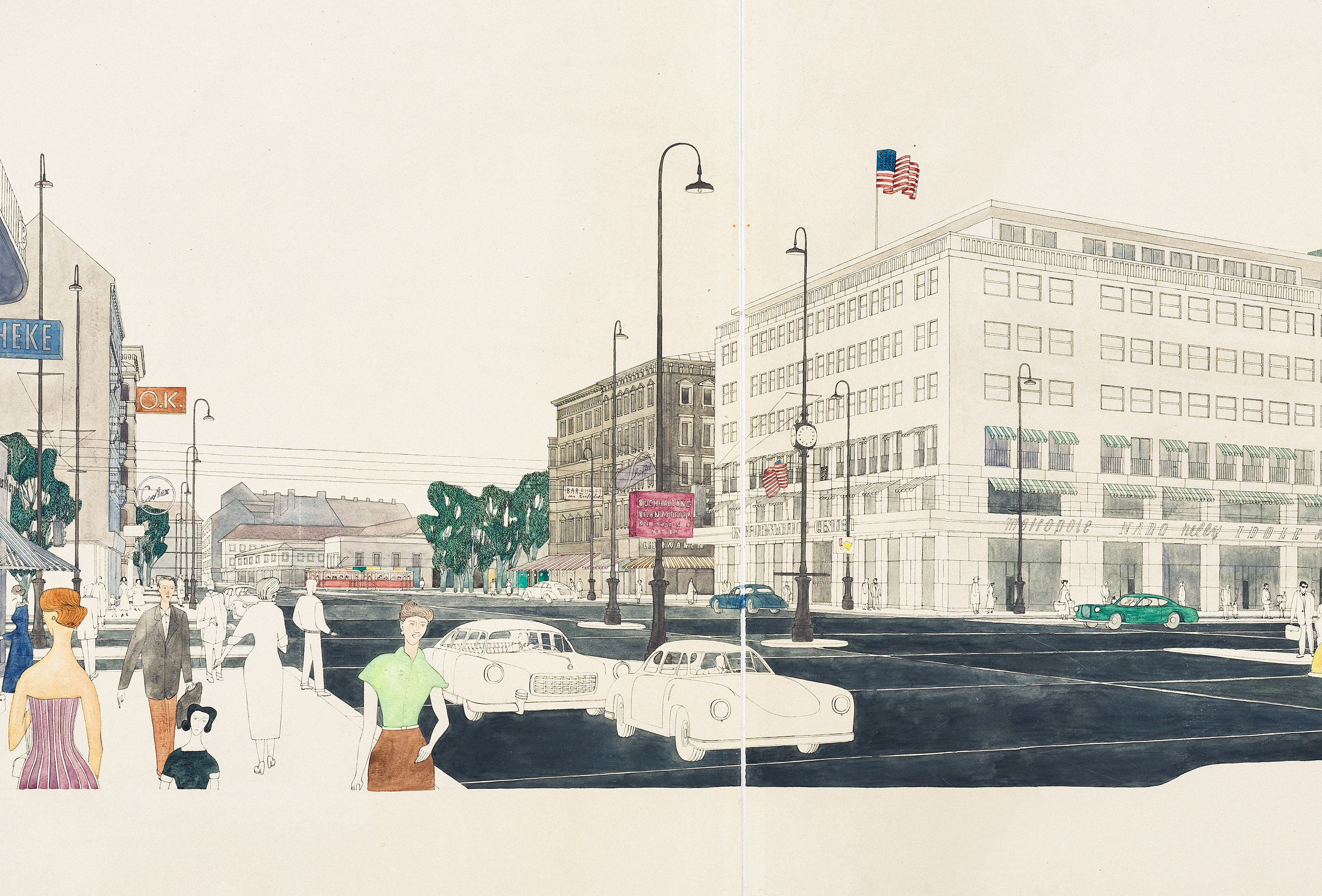 After the liberation of Austria in spring 1945 and the occupation by the four victorious powers of Great Britain, France, USA, and the Soviet Union, Vienna became a central stage for the Cold War. During the ten-year occupation, Austria experienced the transition from an authoritarian system of government to a democratic consumer society as the contrasting political ideologies of the Allies established their architectural visions. For the first time, the exhibition ‘Cold War and Architecture’ highlights what was built in postwar Austria, as well as the architects and debates involved, in a context of the global East-West conflict.

As Monika Platzer, curator of the exhibition, points out: “For the first time, visitors can see for themselves the extent to which the cultural endeavors of the Allies influenced postwar architecture in Austria.”

Divided into four zones, the exhibition ‘Cold War and Architecture’ explores the cultural self-depiction of the Allies, and their impact on Austrian architecture as each of the four victorious countries established its own extensive agenda. For example, the Americans had the declared aim of promoting an anti-communist, democratic Europe. Housing and consumer culture played a key role in the establishment of the ‘American Way of Life’.

“The exhibition changes how we view Austrian and global architectural history,” sums up Angelika Fitz, Director of the Architekturzentrum Wien.

Many photographs, plans, films and original drawings will be shown for the first time in the exhibition, including numerous documents from the Architekturzentrum Wien, Collection.

Park Books are publishing the richly illustrated Cold War and Architecture: The Competing Forces that Reshaped Austria after 1945 to accompany the exhibition. (Available Spring 2020.)