Historian Thomas Antonic, who is also a filmmaker, writer, poet, musician, multimedia artist, and a two-time BIAAS grantee, has completed the film One More Step West Is the Sea and a co-edited collection titled ruth weiss: Beat Poetry, Jazz, Art. In this podcast, he discusses the fascinating life of ruth weiss, the Austrian-American Beat poet.

Born in Berlin in 1928, ruth grew up in Vienna in the 1930s to Austrian Jewish parents. The Weiss family fled soon after the Anschluss and migrated to the United States, settling in Harlem. In her early 20s, ruth recited a poem while accompanied by jazz musicians. Thus she pioneered “Jazz & Poetry” performance in 1949. In 1952–years before On the Road was published–ruth hitchhiked to San Francisco where she eventually befriended many Beat Generation writers, such as Jack Kerouac, Neal Cassady, Bob Kaufman, Lawrence Ferlinghetti, Jack Spicer, and later, female Beat poets Anne Waldman, Joanne Kyger, and Diane di Prima as well.

Ruth’s performances arguably inspired Kerouac, who often used musical accompaniment for his poetry readings after he became friends with weiss in 1953 and saw her on stage. Weiss published her first collection of poetry, Steps, in 1958, with many publications following in the next decades. In the 1960s she expanded her work into other fields of art, such as painting and film (she directed the cinematic poem The Brink in 1961 and starred in films by avant-garde auteur Steven Arnold, such as Messages, Messages, which was screened at Cannes Film Festival in 1967). She was also active as an organizer of a series of poetry readings throughout the 1970s, and, after living in San Francisco, Los Angeles, and Seattle, moved to the small village of Albion near Mendocino in the mid-1980s where she became engaged in municipal environmental protection.

And it was in October 1955 when she met Jack Kerouac, because at that point, she was living at the Hotel Wentley, which was kind of a place where you could get cheap rooms–which is why they attracted lots of artists–but also elderly people were living in that house. So, it was a kind of a colorful mixture. And Kerouac had a friend also living in the Hotel Wentley, and this is how he and ruth weiss met. And they got along immediately, but never had any sexual relationship, which is the reason actually why they got along so well. That’s what’s ruth says always, because he didn’t treat his ladies well. But yeah, they had a lot of things in common. Jack Kerouac was growing up speaking French and ruth was growing up speaking German. So English was both not their native language. They were both hitchhiking through the States. And so they started writing Haiku together in her hotel room, like nights on end over a bottle of wine, until in the morning, Jack Kerouac’s best buddy Neal Cassady showed up and drove with them to one of the hills in San Francisco where they watched some sunrises and things like that. 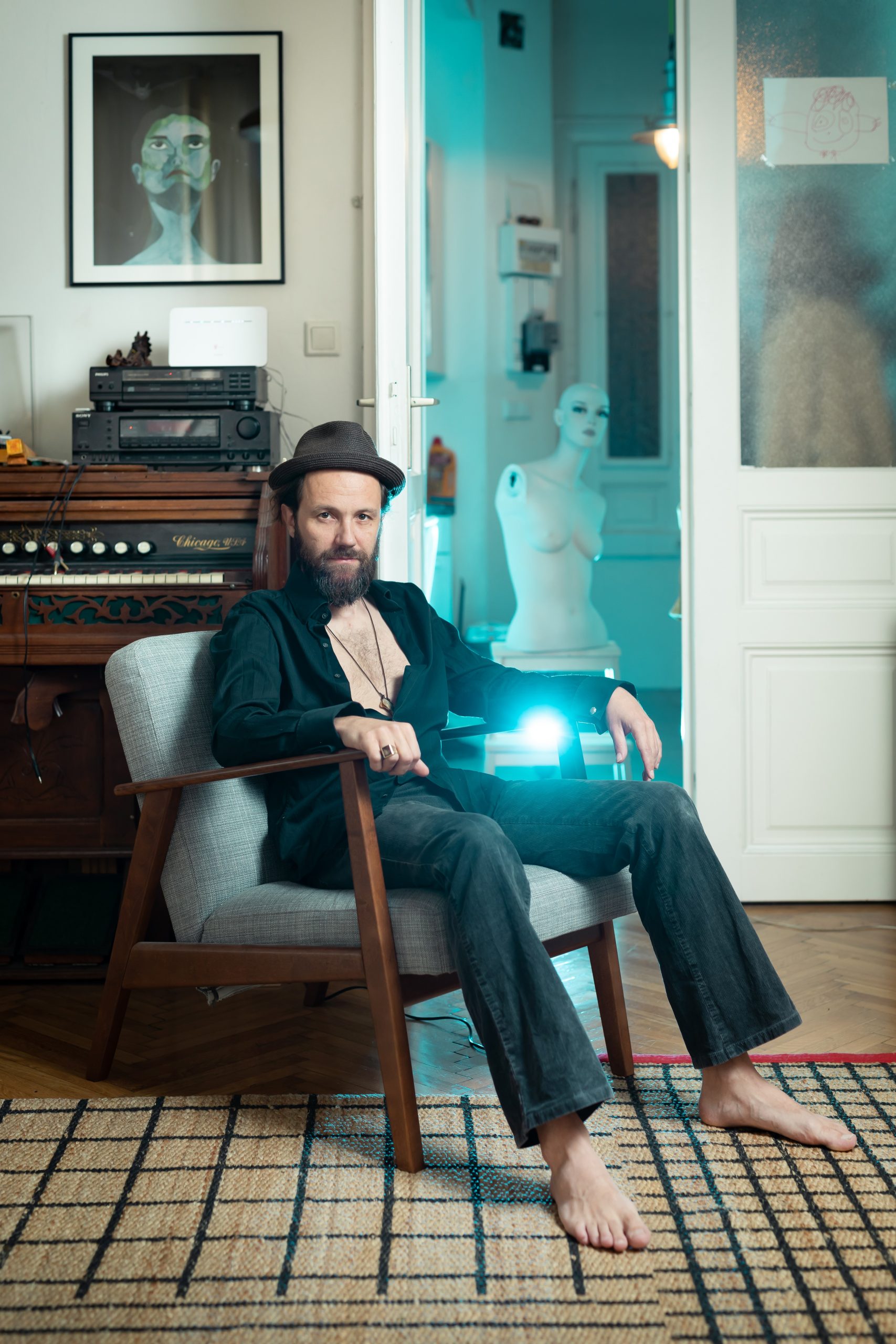 Thomas Antonic is an award-winning poet, scholar, musician, writer, filmmaker, multimedia artist, with a PhD in German literature and philosophy. He works mainly in the fields of experimental literature, multi-media intersections of poetry, film, music, visual arts, cut-up, improvisation, spontaneous prose and other principles of coincidence. With numerous publications in German and English, his most recent books are: Flickering Cave Paintings of Noxious Nightbirds / Flackernde Felsbilder übler Nachtvögel (poetry, bilingual engl./germ., 2017), Wolfgang Bauer (biography, 2018), Amongst Nazis: William S. Burroughs in Vienna 1936/37 (essay, 2020), and ruth weiss: Beat Poetry, Jazz, Art (co-edited with Estíbaliz Encarnación-Pinedo). Visiting Researcher at Stanford University and Research Fellow at the University of California in Berkeley. He lives and works mostly in Vienna, Austria. One More Step West Is the Sea: ruth weiss is his feature-length debut as documentary filmmaker. The film premiered at the Diagonale Festival of Austrian Film 2021 and won the New York Independent Cinema Awards 2021 in the category “Best International Documentary Feature.”