Skip to content
Unterweger’s Signature Knot: The “Austrian Jack the Ripper’s” Murder Spree in the Vienna Woods and the Hollywood Hills 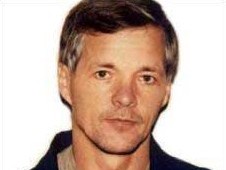 Unterweger’s Signature Knot: The “Austrian Jack the Ripper’s” Murder Spree in the Vienna Woods and the Hollywood Hills

Austrian serial killer Johann “Jack” Unterweger was back in entertainment news after a brief discussion of him in an episode of Netflix’s Crime Scene: The Vanishing at the Cecil Hotel.[1] Unterweger committed three murders in Los Angeles in 1991 while on a freelance assignment for an Austrian newspaper to write an article comparing red light districts in Austria and the United States. He was apprehended in Florida in February of the following year, having gone back to Austria in between and then fled from Salzburg police back to the United States. Unterweger may have the distinction of being the only known Austrian-American serial killer.

Jack Unterweger was the son of an Austrian woman and an American GI stationed in Central Europe after World War II; they reportedly met in Trieste. As Maria Höhn explains in G.I.s and Frauleins, many women eagerly pursued American GIs despite the attempts by society to punish as prostitutes all women who associated with them.[2] In this instance, the relationship left Unterweger’s mother pregnant and Unterweger, once he was born, fatherless; he was raised primarily by his grandfather in Carinthia. Unterweger committed his first murder in Austria in 1974, kicking off a series of murders that would eventually span both sides of the Atlantic.

Salzburg investigator August Schenner suspected Unterweger for the 1974 murder of Marcia Horvath but was unable to convince colleagues to proceed with prosecution since Unterweger was already in prison serving a life sentence for the murder of Margaret Schäfer. Building a literary career in prison, Unterweger was released after just fifteen years in 1990 with no second murder sentence against his record. He had written children’s stories for radio, plays, a volume of poetry, and novels, some reportedly with the help of subsidies from the culture ministry, as well as an autobiographical novel, Purgatory, which was adapted into a film.[3] Appearing in several television interviews, he had become a poster boy for rehabilitation. “To the Viennese cafe intellectuals who pulled him from prison and embraced him as one of their own,” one commentator explains, “Jack Unterweger was proof positive that bad boys can become good men. He was their reclamation project, their social experiment, their civilized barbarian.”[4] After Unterweger’s release, Schenner heard reports of murders in Vienna in 1990 and recognized several parallels to the 1974 murders. Schenner recalled telling police that Unterweger was “one of the cleverest criminals in Austria.”[5] Early surveillance of him, however, proved fruitless.

Unterweger’s early release enabled him to resume working and traveling. In 1991 he traveled to Los Angeles to write an article on prostitution there commissioned by an Austrian magazine. In California, Unterweger tried to meet with Hungarian-American actress and socialite Zsa Zsa Gabor (who began her acting career in Vienna and immigrated from Hungary to United States during World War II). He met Austrian-American director Robert Dornhelm, trying unsuccessfully to convince him to produce a new film based on Unterweger’s autobiography. In both cases, he had apparently just sauntered up to their doors.[6]

While in LA, Unterweger resumed his killing spree. His LA victims were Shannon Exley, 35; Irene Rodriguez, 33; and Peggy Jean Booth, 26, who also used the name Sherri Ann Long. These joined a long list of confirmed and potential victims in Austria and Czechoslovakia. Unterweger used the victims’ own undergarments to strangle them.

Wanted by authorities for the murders in the Vienna woods, Unterweger fled Vienna to Miami. Police found maps of LA in Unterweger’s apartment and business cards of members of LAPD, who had taken him on a ride-along months before. The Justice Department notified LAPD of the new charges against Unterweger, and they were quickly able to connect him to the murders in the Hollywood hills. The intricate, tight knot on the victim’s undergarments helped investigators connect the Austrian and Los Angeles victims to the perpetrator. Using Interpol, investigators were able to identify a similar case in Prague. Unlike the Austrian and American murders, where the perpetrator had left no discernable physical evidence, the 1990 murder of Blanka Bockova provided a critical clue: Unterweger’s car at the time had been broken down and sold for parts; investigators were able to find hair from both Unterweger and Bockova on the seat of a car, which was found in a garage in Linz.[7]

Although Austrian media and literary figures had embraced Unterweger as a rehabilitated murderer, one outlet now quickly turned on him and contributed to his capture. Success magazine offered $10,000 for an “on the run” interview, but it was a set-up: the editor informed police of the USA Money Exchange location in Miami Beach where Unterweger would be picking up the wired advance. The US Immigration Service was able to detain Unterweger on the charge of entering the country on a tourist visa without disclosing a felony conviction. From there, the LAPD was hoping to prosecute him for the three Los Angeles murders, but at the time DNA evidence was slow, and Unterweger was extradited to Austria to be charged with his killings there before he could be charged with the US murders. [8] California had the death penalty; Austria did not.

The true crime frenzy in American popular culture covers Unterweger’s story less frequently than many of his less murderous counterparts. This, I suggest, is in large part because Unterweger was tried for the American murders in Austria, alongside the European murders. With no separate American trial creating news coverage in English, sources that discuss Unterweger are a little harder to come by. Unterweger committed suicide after being handed down his second life sentence. As the Washington Post reported, “the jailhouse bard who was so good with knots braided his shoelaces into a noose and hanged himself.”[9]

On relationships between American GIs and Central Europeans after WWII, see

On prostitution in Central Europe, see