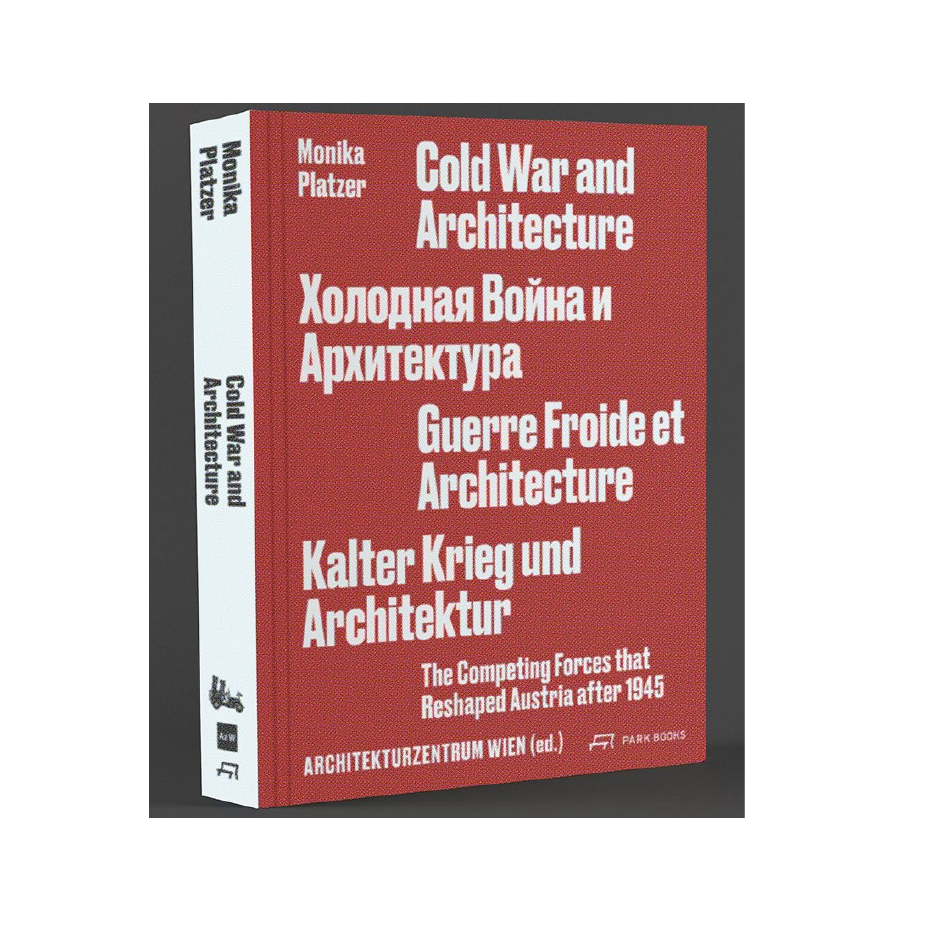 After Austria’s liberation by the Allies in 1945, Vienna became an important arena of the Cold War. In this book, Monika Platzer contextualizes the role of building activity and its protagonists in a nation lodged between competing systems. The global dimension of the East-West conflict and its ramifications are crucial to the reappraisal of Austrian architectural discourse after 1945.

Each of the four occupying powers established an extensive cultural program. Great Britain, France, the US, and the Soviet Union used architectural exhibitions as platforms through which to transfer cultural, ideological, economic, and technological concepts and ideas. The battle of the different systems after the Second World War was all encompassing, and continued in the cultural arms race of two transnational networks of modernism, namely CIAM Austria and the International Summer Seminar (known today as European Forum Alpbach).

The Botstiber Institute for Austrian-American Studies is honored to support the English translation of this important work.

Distributed by Park Books, the English translation of Cold War and Architecture may be purchased via The University of Chicago Press Books: