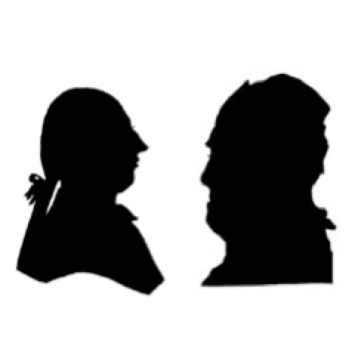 Back when the United States of America struggled to become an independent nation, one name stood out for Europeans as the quintessential American: Benjamin Franklin. Before the revolution his name became synonymous with modernity through his prolific writing, scientific endeavours, and his numerous inventions, most famously the lightning rod, the Franklin stove, and the musical glass harmonica. Franklin, a shrewd businessman now statesman, knew his European audiences well and donned his notorious beaver hat and fur-skinned coat for the couriers at Versailles during his mission to Europe as one of the United States’s representatives to France.

For people located in the Habsburg Monarchy, far away from the bloody battlefields in North America or the whimsical French court, Franklin also embodied the young republic in a myriad of ways. Firstly, his scientific exploits had reached Habsburg lands in the decades before the Revolution. Schoolchildren in Hungary were tested on his theories about electricity whilst officials across the Habsburg dominions scrambled to install the latest lightning devices to every tall building punctuating the cityscapes from modern-day Slovakia to Tuscany.[1] Austrian authors translated his most famous works.[2] Wolfgang Amadeus Mozart wrote music for his new instrument.[3] Franklin as an enlightened thinker, as a scientist was the foremost image of Habsburg subjects in the year up until the American Revolution.

Franklin as a revolutionary became his second Habsburg persona. The first account of his political leaning towards supporting the colonies came with news of the so-called “Cockpit Trial,” when Franklin as a colonial representative was called before a governmental committee and severely admonished by its members. Newspapers across the Monarchy, especially in Vienna and modern-day Bratislava, kept readers abreast of his actions throughout the American Revolution. Days after Franklin had returned to Europe in December 1777 to begin his mission to France, readers in the Viennese salons knew of his presence. Even his closest friends in Vienna kept up with his whereabouts from the local newspaper rather than through their correspondence. [4]

The head of the Habsburg dynasty and Holy Roman Emperor Joseph II showed an interest in the American cause and Franklin in particular. Like many at court he read about and participated in salon discussions about the revolutionary upheaval.[5] Yet his sympathy for the Americans stemmed from his admiration for Franklin. In 1777, Joseph left for Paris on an official visit to his sister, Queen Marie Antoinette of France, where he wished to meet the New World savant. Prior to the imperial visit, one of Franklin’s friends in Vienna had heard about the Emperor’s desire to meet Franklin. “You will most probably see this Monarch in disguise of a Private man,” he informed Franklin, “and I make no doubt but he will converse with you upon many subjects.”[6] The summit between the American revolutionary and ‘revolutionary Emperor’ was meant to be a meeting of enlightened minds.

There was one stumbling block for any such encounter however. The Emperor could not simply invite Franklin, a revolutionary representing a still unrecognised state—the United States of America—to an audience nor could he, as an imperial ruler, pay a visit to a rebellious commoner of lower rank. Instead Joseph’s entourage arranged for an intermediary through the secretary of the Tuscan delegation, Abbé Riamondo Niccoli. The delicate norms of international diplomacy dictated interpersonal actions, especially for the Emperor, even in the case of a private meeting between minds.

On Wednesday 28th May 1777, Franklin duly received his invitation to drink hot chocolate at the Hotel de Mirabeau with ‘Count Falkenstein’—Joseph’s customary travelling alias. Franklin had noticed the arrival of the “very industrious” Emperor a few weeks earlier and also admired the reforming monarch. Franklin later confided to a friend, “I respect very much the Character of that Monarch, and think that if I were one of his Subjects he would find me a good One.”[7] However, both Franklin and the Emperor were to be disappointed.

Franklin’s recollection of the planned meeting went as follows: “The Emperor did not appear, and the Abbé since tells me that the number of other persons who occasionally visited him that morning… prevented his coming… [though] at twelve… he came but I was gone.”[8] The Abbé Niccoli informed Franklin correctly but not entirely; the “other persons” were in fact the British delegation in Paris. Set against any meeting which could be seen as tacit support for the American cause, they had descended upon Joseph that morning and stalled long enough to prevent him meeting Franklin.[9] Such sabotage highlights again the seriousness of any potential meeting between ruler and rebel but also reflects the fact British officials knew of Joseph’s plans; his desires were likely an open secret.

News of the British subterfuge eventually found its way back to Vienna. “I know [the Emperor] wished to have a discourse with you,” Franklin’s friend in Vienna mourned, “and [he] should be sorry some management for England had prevent him to instruct himself in the company of a philosopher.”[10] As a result Franklin and Joseph never actually met in person. One of the greatest encounters of the enlightenment, perhaps on par when J.S. Bach met Frederick II, vanished.

The myth of Franklin and Joseph persisted however. In the late 1780s, the Scottish statistician William Playfair published Joseph and Benjamin: A Conversation after he visited France and acquired “a French manuscript” upon which he based his fictional philosophical dialogue.[11] The pamphlet is a rich fictional dialogue, a popular form of literature in the eighteenth century, between enlightened Emperor and the New World diplomat. It is that true meeting of minds, where human nature, economic theory, and good humour are exchanged between them. We do not know whether or not Playfair’s ‘French manuscript’ existed or from where he conceived of the idea if not. Although not realised, the Emperor’s American sympathies became urban and literary legend instead. Playfair’s work is however a testament to the persisting myth of such an extraordinary encounter and demonstrates for us today, the vibrancy and legacy of the early connections between Austria and America.

Jonathan Singerton is a specialist on the early connections between the Habsburg Monarchy and North America. He recently completed his PhD entitled ‘Empires on the Edge – The Habsburg Monarchy and the American Revolution 1763-1789’ at the University of Edinburgh. He is currently a Plaschka Fellow at the Institute for Modern and Contemporary History at the Austria Academy of Sciences, Vienna. This is his first post in a series of blogs for the Botstiber Institute for Austrian-American Studies.