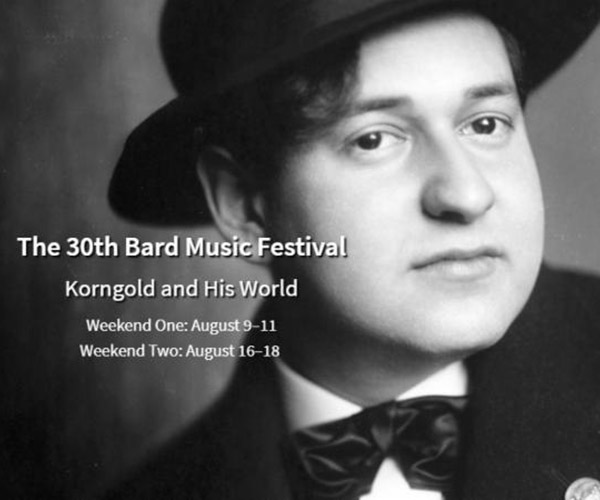 Leon Botstein, President of Bard College, and The Bard Music Festival received a BIAAS grant for its exploration of the life, work, and legacy of Austrian composer Erich Wolfgang Korngold.

Korngold burst onto Vienna’s musical scene at age 13 with works that astonished the musical elite with their maturity. Hailed as a musical genius by Gustav Mahler, he continued to take the audience by storm with works of lush, Romantic sound till changes in aesthetic trends and the political situation pushed him to the margins. The German hostilities that led to World War II prompted Korngold’s move to 1930s Hollywood where he came to dominate and define music in the U.S. movie industry.

Taking place over two weekends (August 9–11 and 16–18, 2019), the festival will look at Korngold’s life on both sides of the Atlantic, from his upbringing in Austria, with a focus on how its politics and culture shaped his life, to his time in the United States, where the specific musical language developed during his time in Vienna continued to influence—and infuse—the scores he created for film. The lasting influence on U.S. culture of Korngold and other artists who emigrated from Austria will also be explored.