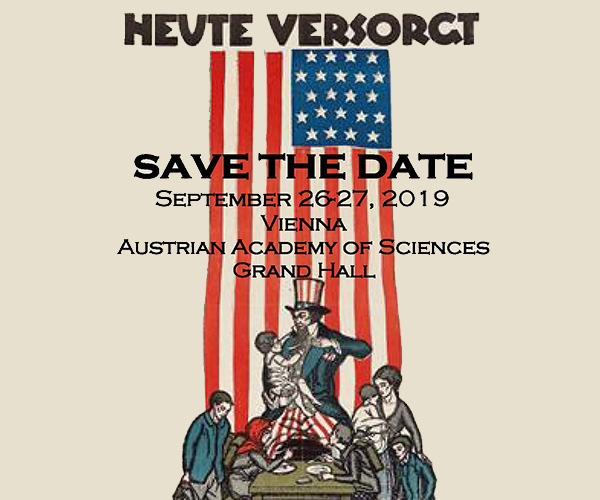 “This year, 2019, marks a hundred years since the end of World War I, which devastated Austria and other Central European countries. Austria in particular suffered from the lack of food and fuel leading to widespread child malnutrition. The American Relief Administration provided on average 300,000 hot meals a day to school children over a period of several years. Over 200,000 children were sent to Switzerland, the Netherlands and Scandinavia to escape the famine in Austria. Yet these, as well as a multitude of other international aid efforts from this period, have almost completely disappeared from the collective Austrian consciousness, despite the fact that there are an estimated one million descendants of children who benefited from this relief program.”